Residents in all countries should live with peace, food and cloth, this is the concept of Dharma that took birth in India. Rishis in India are visible gods. They framed many rules of life including many vastu shastra principles.

Guinea-Bissau, (not to be confused with Guinea & Equatorial Guinea) is a sovereign nation located in West Africa. The country is famous for its rich wildlife, biodiversity, natural reserves, colonial-era buildings, and dense forests.

The bordering countries of Guinea-Bissau include Guinea towards the South and East; and Senegal towards the North. The country is a member of the United Nations (UN), African Union and the Organization of Islamic Cooperation (OIC).

The ancient history of Guinea-Bissau is not well known, but records of its history since Medieval age are present. Before the arrival of the Europeans, the region was under the reign of the “Mali Empire”.

The kingdom survived till the 17th – 18th centuries and prospered greatly from the slave trade in the region. Also, the region was one of the largest slave suppliers to all over the world from the 14th century.

During the “Scramble for Africa” in the 19th century, Guinea Bissau was colonized by the Portuguese and maintained a permanent military presence and constructed forts on the shores.

But their access to inward lands was blocked by the local rulers and tribesmen and the Portuguese were limited to shores and rivers. From 1956, an armed rebellion rose against the Portuguese under the leadership of “Amilcar Cabral”.

The main purpose of this uprising was the free the country from the colonizers. They used dense forests as cover and used guerilla tactics. The struggled continued until the assignation of the Amilcar Cabral.

The country declared its independence on 24 September 1973 and got universal recognition in 1974. Since independence, the country faced numerous coups, uprisings, civil wars, and political instability.

Guinea-Bissau is low lying coastal country and its geography features lowlands, swamps, mangroves, and forests. Temperature is mostly hot and humid. Due to difficult and swampy terrain, agriculture is also difficult and only 10% of the total land is arable.

Guinea-Bissau is one of the least developed countries in the world with the lowest GDP and Human Development Index. Political instability and civil wars and affected much of the country’s performance.

The most dependent sectors of the economy are Agriculture, industrial and services sector. Some of the agricultural products include cashew, palms, rice and fishery products.

The country is inhabited by a number of ethical groups and some of them are Fula, Manjaco, Balanta, and Fula. Before the independence, a large population of Portuguese was also present in the country.

Portuguese is the official language of the country but is only spoken by a few amounts of people.

Islam is the predominant religion of the country with 40% followers in the total population. Christianity is the second largest religion with 22% followers. The rest of the pollution is either unaffiliated or follow the native religion/s of the region. 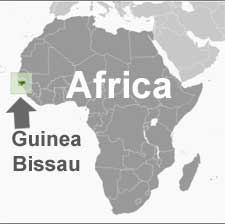 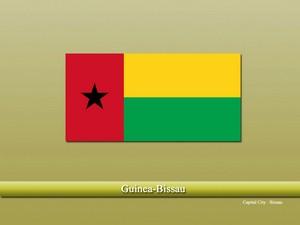