Hesse, authentically the “State of Hesse” is a state of Germany located in the central part of the country. The state is known for its culture, landscapes and most notably the iconic city of Frankfurt, which is the largest city and the commercial hub of the state. Other features of the state include old cathedrals, museums, art, and people.

The regions of Hesse have traces of one of the earliest human settlement dating back to 12,000-13,000 years ago. The region was also one part of the Roman empire.

After the Romans withdrew, the region was ruled or inhabited by the Franks and Germanic people. The middle-ages of the region are marked by the reign of the “Holy Roman Empire”, which lasted for the brief period of time. After the World War 2 ended,

Hesse was jointly ruled by French and German forces until it was incorporated into West Germany. The province also saw huge immigration from the former German territories. Also, due to its strategic importance and West German alliance with the

US, the state became a vital location for major NATO bases and installments.

Hesse has a beautiful geography and many unique features. Forests covers approx. 42% of the total state’s area. Bordering states of Hesse include North Rhine–Westphalia towards the northwest, Lower Saxony towards the North,

Bavaria towards the Southeast, Thuringia towards East, Rhineland-Palatinate towards the West and Baden-Württemberg towards the south. Most of the state especially the countryside is hilly or mountainous.

The state of Hesse has one of the best performing economies in Europe and is highly diversified. There are several industries and large companies based in the state. If Hesse was a separate country, its economy would be 38th largest in the world.

Majority of the state’s people adhere themselves towards Christianity (EKD Protestant, Catholic, and Other Christians). After Christianity come the Islam which has approx. 4% followers. Non-religious people account for almost 26% of the total population. 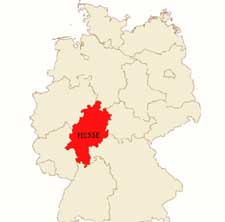 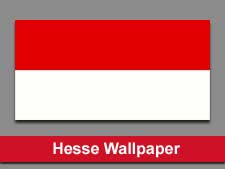