Poland, officially the “Republic of Poland” a sovereign country located in Central Europe. The country has a high-income economy aided by high-living standards, quality education, and healthcare.

The country’s stock exchange and economy are regarded as one of the best in Europe. Moreover, the country is a member of the United Nations, NATO, OECD, Schengen Area, and the European Union.

The country has some of the most unique features in the world and some of which are not even found in the Europe e.g. Ancient castles, historical sites, exotic cities, beautiful and rich plains, etc.

The country has a long-term history of inhabitation of different indigenous tribes e.g. Celtic, Germanic, etc. Later on, during the middle ages, Poland was ruled by different reigns and powers.

During the World War 1 and World War 2, Poland as one of the countries that suffered the greatest number of human losses. Millions of its troops alone died due to its constant wars with the Soviet Union.

During the Second World War, the country was first invaded by Germany followed by the Soviet Union. Millions of Polish citizens and servicemen died, along with whole cities raised to grounds.

As the war ended, there was some hope of better days, but the Soviet Union forcefully implied its communist government over the Easter Europe along with Poland.

The people up roared serval times but were taken the town. It was only 1989 when the Soviet Union broke down and Poland became a democratic and independent country.

Poland has one of the most beautiful landscapes in Europe with a variety of features such as lakes, rivers, plains, mountains, and hills. There are a variety of activities that can be done by the tourists.

Some of the most exotic castles, abbeys, and places also are in their original position and could be visited easily.

The country is bordered by other European Nations of Germany towards the West, Ukraine, and Belarus towards the East, Lithuania and Kaliningrad Oblast (Russian region) towards the North, and; Slovakia and the Czech Republic towards the South.

Following the independence from the Soviet Union, all of the Pre-Soviet states were in economically desperate and needed serious reforms.

Although most of them are today well-developed, the Polish economy is the best among them and is one of the fasted growing European Union economies.

The country’s leading sector is services aided by the strong industrial base. Agriculture also is thriving in the country although it shares al little part in the total GDP. In addition, the country has a remarkable infrastructure and excellent technological advancements.

These factors also play a vital role in the country’s excellent performing economy.

Ethnic Poles are the largest ethnic group in the country. Several other groups like Germans, Ukrainians, Belarusians, etc. also do live in the country.

Roman Catholicism is the largest faith in the country and almost 87.58% of the total population adhere themselves to this faith. 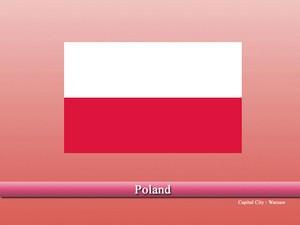