Peru, authentically the “Republic of Peru” is a sovereign country in South America. The country is known for dense Amazon forests, remains of ancient civilizations that lie in the high mountains, colonial remains, and pre-Columbian architect.

The country has a high-income economy and is leading in human-development, technology, and rapid industrialization.

Although there is no recorded history of Peru before the colonists arrived, it is estimated that human history in the region dates back to approx. 9000BC.

Various cultures, tribes, civilizations, and kingdoms have inhabited the region in their respective periods. Some of the e.g. “Inca”, etc. were advanced and had built many architectural marvels.

The Spanish buildings and architect can still be seen today. By the start of the 19th century, almost all of the South American colonies up roared for the independence and the struggle was getting bold every day. After several decisive battles, Peru finally secured its impendence and became one of the first countries to abolish colonialism.

Peru is a large country and is country with unique and diverse geography featuring from dense Amazon forests to vast and rough deserts, high lying mountains to rich green plains, lakes, glaciers, and coastline.

Peru has a developed and one of the fastest growing economies in the world. Services sector dominates the economy followed by the strong industrial base and agricultural.

The country is also blessed with rich deposits of mineral resources and a suitable climate. This ensures that any sort of economic activity can be done in the country.

Spanish, Quechua, Aymara and some of the other local/indigenous languages are declared as the official languages of the country.

Spanish is spoken by the majority of the population and is used for all official purposes. Christianity is the predominant religion of the country and was brought by the Spanish colonists and missionaries. Some of the churches of that era are still intact in their original position. 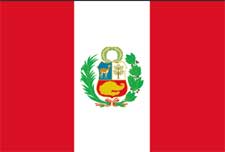 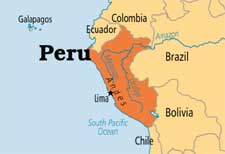 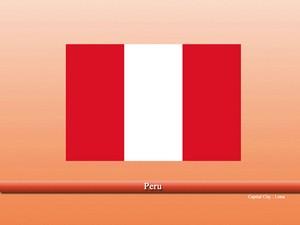