Once upon a time this Vastu science may not be known to many residents even in Indiaalso, though, Vastu Shastra born in India. Due to communication revolution, now most of the residents known about Vaastu.

After experiencing good Vastu Results slowly it spreads to many countries and now most of the residents looking for best vastu consultant in India.

This is appreciated. All NRI's living in different countries, they never compromise on quality. They are looking to have consultancy from one of the renowned Vastu Pandit and obtaining their Suggestions.

When Mr. Suresh traveling to South Africa, one vastu expert in Delhi met at Mumbai airport and stated that he is visiting Bolivia, he met at the nick of the last moment, there is no time to gather good information of Indians and their lifestyle in Bolivia.

We love to serve all. We are ready to provide best Vastu Tips at no extra cost to Bolivians including Indians in Bolivia. We love to serve you with free online Vastu Services from March 17th 2018 to 31st March 2018. We ask Questions only belongs to your property and vastu, we never ask any questions for the payments etc in this period. Enjoy free Vastu consultancy services.

No region or no religion counted, any Bolivian can come and take our free Vaasthu consultancy services on free of cost up to 31st March 2018.

Southwest may not be giving such benefits which Northeast is providing. Further, there are many principles are there to select the house. Without having suggestions from Vastu Pandit one should not buy or take Home, Plot, Site. After knowing few tips on vastu and buying the properties, this means one has to face several problems in the future. If you would like to Contact SubhaVaastu here is the link.

Bolivia, officially known as the “Plurinational State of Bolivia” is a sovereign state located in western-central South America. The country is named after the famous freedom fighter/leader “Simon BOLIVAR” whose struggled freed Bolivia and its neighboring countries from the Spanish rule.

Although enormous in terms of land area, the country is landlocked. The access of country towards the Pacific Ocean was blocked by Chile after the Pacific War.

Although the country got its independence in 1825, much of its history is marked by unrest, military coups, poverty and drug issues.

Before the arrival of colonists. The area of Modern Bolivia was homo the “Inca Empire”. Much of the highlands were occupied by them. The lowlands were inhabited by several other independent tribes.

The Spanish started their campaign against the Inca empire in 1524, and due to superior weaponry, they didn’t face hard resistance and the Inca Empire was soon taken down. It was the starting period of Spanish colonization of the area and Spanish regularly mined gold and other minerals from the area.

But the local tribes and people faced worst fate as they were turned into forced labor and harsh conditions and almost all of the population died. After the Napoleonic wars, the Spanish authority all over the world was weakened and similar to the other colonies (Brazil, Columbia, Vastu in America, etc.) the independence struggle started in Bolivia. After the 16 years long war, Bolivia finally got its independence in 1825 and is independent since.

Bolivia is blessed with diverse and unique physical and geographical features. Some of the features include Tropical rain forests, cold deserts, lakes, mountains, lowlands, and plains. Also, these features can’t be found elsewhere in Latin America. The physical features of the country include The Andean Region, Sub-Andean Region, and Lianos region.

The country due to its rich mineral resources has enjoyed a number of economic advantages like having abundant stocks of Silver, tin, Cocoa, etc. But due to political instability and coups, the country’s economy has faced several setbacks.

The main sectors of the economy are agriculture and forestry and employ almost 44% of the country’s workforce. Although, due to high elevation and dense forests, farming is difficult the inhabitants have no other choice due to lack of jobs. Some of the common agricultural products are soybeans, cotton, cocoa, coffee, and sugarcane.

There are total of 36 official Languages declared by the government. These are the due diverse and ethical background of the country but the most widely spoken of the country is Spanish.

There is no official religion adopted the country and offers religious freedom. According to a census conducted in 2001, the most dominating religion of the country is Roman Catholic followed by Protestants and Non-religious groups. 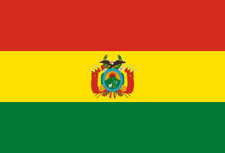 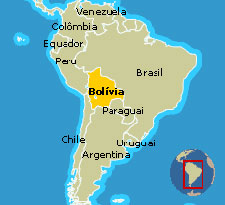 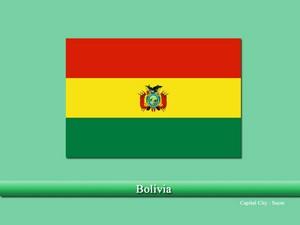 Back to Vastu Expert Bhutan
Next Bosnia
Add comment
JComments