Wisconsin state has the basement rule for homes.

Before buying the home, the resident has to check whether the home has 90° or skewed.

Some variations observed in vastu principles in India and other countries. When we are thought about to buy South and West facing homes, most of the vastu experts nevermore accepts to buy these two direction homes.

But we recommended many West facing homes and South facing homes in USA. We did not get any complaints so far. The success came only because of observation and analyzation.

Research is the most important in all subjects including vastu shastra too, without research the subjects never come up with more benefits to the human beings. We like to research on this subject, it continued, never stops.

When we got Vastu inquiry from Atlanta in the year 1993. On those days, we fed up with different systems which are followed in USA. Those days we did not have internet facilities, the doctor visited India and showed his interesting property to us. We seen several documents and guided him. He is from Atlanta.

Later we struggled a lot to learn how vastu works in USA. In the year 1994, we got dial-up internet connection, this net connects from Delhi, we should wait before the desktop system hours together to open the emails and other websites information. Expenditure is more than earnings on those days, because of Internet costs. It's horrible expenditure, but unavoidable.

Those days we have great patience and sits before computer up to the websites fully open. To open full web page, it takes minimum 6 to 7 minutes. Now we don't have patience if the site did not open within 3/4 seconds. More facilities makes us restless.

Get vastu tips only from genuine vastu pandits. They always need to protect their name, they should not spoil their fame.

When you are living in iron-bound areas or mountainous areas, then don't buy the home which has mountain towards East direction.

Hill towards North direction to the home may not bring luck to your future.

Southwest mountain is alround prosperity and makes one life as standard.

Northeast mountain makes unrest and unhappy to the lives.

Wisconsin is a Northcentral United States state, located on the “Great Lakes” locality. Two of the total five great lakes are bordered by the state. The state is 23rd largest by the area covered and 20th most populous US state.

The state is famous for international villages, farmhouses, forests, brewery farms and brewery tours, Harley-Davidson museums, and other public museums. Also, due to its production of abundant and best quality dairy products, the state is nicknamed as the “America’s Dairyland”. The state is named after the “Wisconsin River”.

Humans have been living in modern Wisconsin for 14,000 years. Before the end of Ice age, the people of the region hunted gigantic mammals, which are sadly now extinct.

After the ice age ended, these people relied on fishing, hunting, and collecting food from the trees. Agriculture started in the region between 1000 BCE to 1000 CE.

Later as the time passed, many other cultures such as Mississippian culture, Effigy Mound culture (these people built large mounds), Oneota culture, etc.

Europeans arrived in the 16th century and at the time of their arrival, native tribes of Ojibwa, Sauk, Fox, Kickapoo, and Pottawatomie were present. French explorer, “Jean Nicolet” was the first European to explore the region.

Later on, many other French explorers explored the region and traded fur with the Native Americans but no permanent settlement came from their side. After the loss of French in the “Seven Years War”, the region was annexed by the British.

During the period of British reign, trading was further enhanced and countless settlers moved in. British maintained the sovereignty over the state until the “American Revolution” when it was forced to withdraw. Afterward, the region became a territory of newly created United States.

Native Americans were forced to form their lands and were put in reserves. At the time of “American Civil War”, the state contributed much in term of manpower to fight alongside the Union. After the war ended, the journey towards the development and prosperity started and the state got modernized in terms of human development, infrastructure, education, and economy.

Agriculture, healthcare, and manufacturing are the major economic drivers of the state. Suitable conditions and abundant water resources have helped agriculture to thrive in the state from the beginning.

Influential agricultural products include cheese, milk, butter, corn, cranberries, ginseng, snap beans, oats, potatoes, carrots, tart cherries, maple syrup, sweet corn, and beer. The state is the second largest producer of milk and butter in the whole United States and produces a quarter of US cheese. Manufacturing is also done on a large scale as some of the major US companies are active in the state.

From the mid-19th century to the start of the 20th century, a large number of European immigrants arrived in the state. This is the reason the largest ethnic groups in the state are: German, Irish, Polish, Norwegian, English, and Italian. Protestant and Catholic (both are sects of Christianity) are the largest religions of the state. While minority religions include Jewish, Islam, Eastern Orthodox, and Jehovah’s Witnesses. 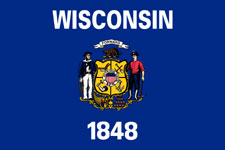 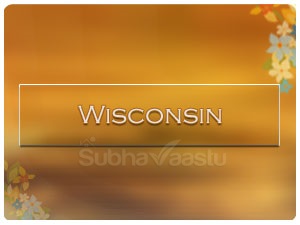