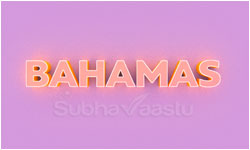 When Government of Bahamas introduced Vastu Tips for the constructions. Then thereafter officers or Politicians can take right decisions in time and they will lead peaceful administration.

Following Vastu Shastra is not evil. Further, it leads to safe and steady Vastu Results.

Please use this promo code "Happy Bahamas", this promo code works from 17th of April 2018 to 02nd of May 2018. Total 15 days we will provide all free online consultation to the residents of Bahamas.

We do not belong to The Bahamas or we never have much interaction with Bahamas, but we love to serve with Vaasthu services to Bahamas country. What about you/your Government people. Are you ready for the change in the country development?, remember we always ready to serve.

What is Vastu, this link has some informaiton on this vastu science. Millions benefited with vastu shastra tips.

When residents planned to buy a Plots or Sites or House then try to find out the good vastu Home. We developed many links for residents easy understanding on this vastu science. You may also observe this Factory or Office or Hotel or any other Business. 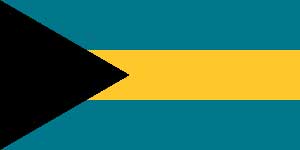 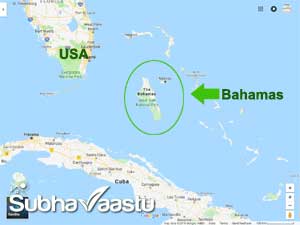 The Bahamas, officially known as the Commonwealth of Bahamas is an Island country at the locality of Lucayan Archipelago. The island country consists of more than 700 islands, islets, and cats.

The country has good geographical importance and lies in the most of International shipping routes. The island locality includes the United States, Florida Keys, Hispaniola and Turk and Caicos Islands.

The local population is made up of mostly African people. Most of the slaves that ran from the USA and some of which were freed, made their way to the Bahamas and started different plantation for their income.

The islands were first discovered by Christopher Columbus in 1492. It was also one of the first places where Columbus set his feet. At that time, the islands were inhabited by local population known as Lucayan Indians.

Although the Spanish discovered, they never colonized the islands. The islands then remained deserted for more than a century when they were finally colonized by British for the name of the British crown.

Due to the islands great strategic importance and locality of international shipping lanes, piracy flourished in the area in 17th and 18th centuries.

After American Civil War, many Confederate loyalists escaped to the Bahamas and settled here. The Bahamas got its independence in 1973 and is Commonwealth realm since.

The Bahamas consist of more than 700 large and small islands out of which only 30 are inhabited. The largest island in the Bahamas is Andros Island. The highest point of the area is Mount Alvernia.

The terrain of the island is marked by hills, corals, and reefs. But most of the area is flat and also include ridges. It is also no doubt a heaven on earth.

With extensive shorelines, coral reefs, islands, warm beaches, tourist recreational centers, a number of tourists visit the Bahamas each year. The Bahamas is one of the richest and most developed countries in Central America.

The main sectors that flourish the economy are tourism, services, and agriculture. The tourism sector alone shares 60% in the Bahamas economy.

Services sector comes on the second number. The Bahamas has developed financial and bank system. It has also good relations with foreign countries in terms of trade, exchange, and export. The services sector shares approx. 15% of country’s GDP.

The third largest sector is agriculture and shares around 5-7% in national GDP. Most common crops that are grown in the Bahamas include sweet-potatoes, onions, cucumber, lemons, limes, oranges, sugarcane, etc.

More than 90% of the total population has a history related to African slaves. As mentioned earlier, millions of slaves were brought from Africa to the Bahamas and were delivered to all over America.

Some of them managed to escape, made their way to the Bahamas. Also, many freed American slaves came the Bahamas and started their new free life. Most of the Bahamas local population is descendant of those slaves.

Christianity is the most dominant religion of the Bahamas. 80% of the population is Protestant and 14.5% Roman Catholic. The official language of the country is English.

Back to Azerbaijan
Next Vastu Consultant Bahrain
Add comment
JComments