Palau, authentically the “Republic of Palau” is an island nation consisting of over 500 islands.

The archipelago is located in the Micronesian region, Western Pacific and are known for numerous distinct features such as hear touching beaches, lagoons, beautiful cities, colonial history and much more.

It is estimated that first humans arrived on the island approx. 3000 years ago from the surrounding islands. The precise history of that era until the Europeans arrived is not known.

The Spanish were the first to colonize the islands along with the Philippines and many other Pacific regions. The Spanish ruled the region for almost three centuries.

By the time of World War 1, the islands were a German possession and were occupied by the Japanese after defeating the Germans. The League of Nations also allowed Japan to administrate the islands.

During World War 2, the islands were captured by the US forces after the bloody “Battle of Peleliu” in which thousands of US and Japanese soldiers died. The islands remained under US control till 1979, when they were given independence.

Tourism, fishing, and agriculture are the main economic drivers of the country. There are various tourist hotspots and activates like exploring, scuba diving, etc.

Palauan and English are the official languages of the country while Christianity is the largest faith and arrived in the region during the colonial era. 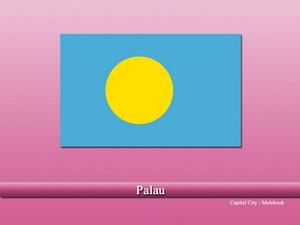