The Republic of Congo, or simply known as the Congo is an independent country in central African country and is known for its tropical forests, culture, wildlife e.g. Gorillas and many other distinctive features.

Bantu peoples were the earliest known people to inhabit the Congo from approx. 3000 years ago.

These people shaped the outlook and culture of the region and had a large influence in the region and surroundings. Europeans first contacted the region in the 15th century and had active trade with the people.

Slaves were one of the crucial trade items. The trade continued till the 19th century when the region was finally colonized by the French.

The colonists exploited the natural resources of the country on large scale and left the people in desperate condition. Forced labor was also a common activity which resulted in the death of thousands of people.

14,000 people alone died in during the construction of “Ocean-Congo Railroad”, which was a subject of forced labor. After World War 2 ended, colonies all over the world were demanding freedom and similarly, Congo was also given freedom in 1960.

Around 70% of the Congo’s area is covered by forests which is not less than a blessing. But in present, deforestation is in full swing and is very harmful to the country’s environment.

Other geographic features include fertile valleys, mountains, plateaus, and rivers. The country has also rich deposits of mineral resources similar to the other African Nations.

Bordering countries of Congo include Gabon towards the West, the Democratic Republic of Congo towards the South and East, Cabinda (Angola) towards South, and the Central African Republic and cameroon towards the North.

Agriculture, forestry, petroleum-based industries, and services are the base for the Congo’s economy. The petroleum sector is the largest source of income as the country has large reserves.

Christianity is by far the largest faith of Congo and traces its roots back to the colonial era. 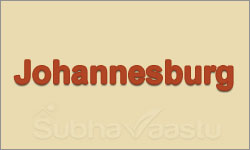 Republic of the Congo Flag

Republic of the Congo Location 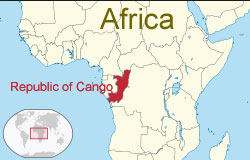 Republic of the Congo Desktop Wallpaper 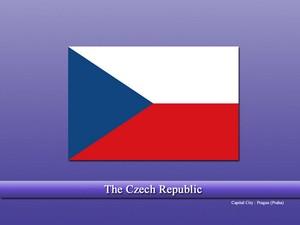 Republic of the Congo Mobile Wallpaper