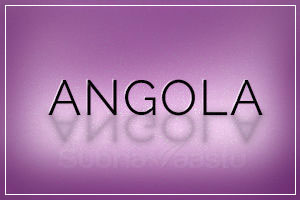 We thought these links may be useful for your further Vastu Shastra readings. When you have good leisure time, you may visit these below Vastu link. Like to know about East facing house vastu, then this link helps to understand how this East facing helps residents in yielding more expected results.

Some residents need to get some West facing house vastu remedies, then they may check this link.

Remedies for south facing house, when residents suffer from South direction home vastu effects, then they may visit this link to understand how this South play with fate.

People rush to buy the NE facing homes, we request them not to rush to buy any homes without vastu consultant suggestions, check this Northeast facing house vastu link for more info on NE homes and plots.

Is all SE homes are dangerous. This link Southeast facing house vastu explains which one is good and which one is bad.

Does anyone trying to buy the SW facing homes or SW block houses, before that they may visit this Southwest facing house vastu link.

Angola, officially the “Republic of Angola” is a sovereign country in Southern Africa and is a 7th largest country of the whole African continent.

The country has low human development index due to long-term civil war which was ongoing since Angola’s independence. The economy and the income of Angola is mostly dependent on oil.

Since the end of civil war in 2002, the conditions and the situation are better and improving. But the shadows of bloody civil war still haunt it people and will take time to recover.

Modern Angola is inhabited from the Paleolithic era. Many local tribes lived here and most were dependent on hunting. One of the earliest tribes known is nomadic Khoi and San.

They didn’t know much about cultivation and were mostly dependent on agriculture. Later, they were replaced by Bantu people which immigrated from the North. They knew cultivation to some extent and introduced techniques of cultivating bananas and taro plus also they had cattle herds with them.

From 1484 onwards, the area was explored by the Portuguese and was swiftly colonizing it. In the beginning, they built outposts, forts and trading post near the shore but slowly they started to drive towards the inland.

But due to the remoteness of the area and local resistance groups, they didn’t succeed much and had only control of specific areas.

The Portuguese also captured a lot of local Angolan population and forced them into a slave market. The slaves were then supplied all over America, South America, and Europe.

After the end of WW2 (World War-2), colonies all over the world were resisting against the invaders and were demanding freedom.

Similarly, uprisings and revolts started in Angola and the people wanted independence. After the long-term conflict, the Portuguese finally left but this was not the ending.

Soon afterward Angola was hit by civil war between communist and democratic parties and millions of lives were lost and infrastructure was destroyed. The civil war ended in 2002 and since the country is driving towards prosperity.

The physical features of Angola are diverse. The geography features mountains, rainforests, rivers, streams, and canyons. There is also a number of wildlife species plus a number of plants and Trees are found.

The soil quality is also rich and is used plant number of famous crops like coffee. But due to increasing demands of wood, the country is also hit by deforestation and number of other environmental issues.

Angola is one of the countries that are rich in resources and has a number of rare resources like diamonds, oil, and gold. The economy is mostly dependent on the export of oil and diamonds. The long-term civil war destroyed much of its assets.

Before the civil war, the country grew plenty of crops like bananas, coffee, corn and number of other agricultural products. But due to war large mass of land was destroyed due to mines and blasts.

Also, most of the people that once did agriculture moved towards the cities. But as the war is terminated, Angola’s economy is recovering and is one of the fastest growing economies of Africa.

There are a number of indigenous languages that are spoken by local population like Umbundu, Kimbundu, and Kikongo. Portuguese was also introduced during the colonial ages.

Today Portuguese is the official language of the country and most widely spoken the language. There are over 1000 different religious communities in Angola. But the majority are Christian and Roman Catholic.

Also, there is a number of local and indigenous faiths. Other minority groups include Islam, Judaism, and Hinduism.

You are aware that if one followed Vastu Shastra principles and constructing the properties or alter the present buildings, their winning percentage will be more high and will get success with little efforts.

Back to Andorra
Next Antigua And Barbuda
Add comment
JComments