Comoros, precisely the “Union of the Comoros” is an independent island nation located at the Northern end of Mozambique channel, East Africa. The country has is known for exotic beaches, volcanoes, and French colonial remains.

It is predicted that “Austronesians” were one of the first people that arrived on the islands in the 6th century. Later, during the era of Bantu migrations, Bantu people also settled on the island. It is also said that the people of the island sent a delegate to Arabia in 632 upon hearing of Islam.

By the time he arrived, the Prophet Muhammad (SAW) had died. He stayed in Mecca for some time, accepted Islam, and upon his return, most of his countrymen also accepted Islam.

Later on, the island was also visited constantly by Muslim traders and preachers. Portuguese were the first Europeans to visit the islands and traded slaves and various other things but didn’t colonize them.

The colonization came from the French side in 1841 and lasted till 1975, after which the country was given freedom.

The country is regarded as one of the poorest countries in the world with high levels of poverty, population increase, and unemployment. Fishing, hunting, and agriculture are the major economic sectors of the country which are generally undeveloped.

Islam is the largest religion of the country followed by a small minority of Christians. Comorian is the most widely spoken language of the country while Arabic and French serve as the official languages of the country. 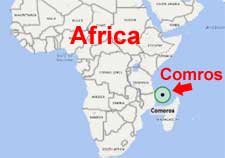 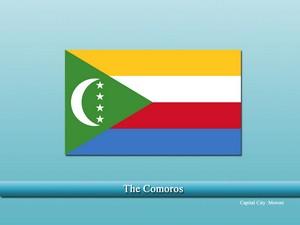 Back to Colombia
Next Congo Republic Of The
Add comment
JComments