When vastu in India practiced, most of the other nationals observing unbelievable changes in between people financial status. Now Indians are rich. Most of the Indians traveling in flights. Most of them using cars for their own and many were using taxi/cab when they traveled to other places, not caring for any expenditure.

North Facing House Vastu Don't judge a movie by seeing its poster on the streets. Don't estimate any direction by hearing the direction. Many residents came to us to sell their North facing houses because they are not happy in that homes. Based on many experiences we found that all directions are same except Southwest, Southeast, Northwest (For these 3 directions care should be taken), otherwise almost all directions are giving the same results. Whatever the direction it may be, please show it the Vastu guru before buying it. This is the right procedure.

Mozambique, officially the “Republic of Mozambique” is a large country located in Southern Africa. The country has a long coastline on the Indian Ocean and features several and unique beaches. In addition, there are several islands, archipelagos, colonial-era buildings, islands, and marine parks.

“Bantu peoples” is the main ethnic group in the country today which migrated hundreds of years ago. The country is a member of the United Nations, Commonwealth of Nations, African Union, Non-Aligned Movement, and the Southern African Development Community.

Bantu or Bantu speaking people arrived in the region from other parts of Africa between 1AD to 5AD. These people knew farming, cattle, and some tool-making techniques. Before the European interference, the region was quite peaceful and had active trade with the Arabians, Persians Somali merchants and traders.

At the start of the 16th century, European (Portuguese) arrived in the region as traders but set-up posts on the beaches. Their trade gradually changed into permanent colonies and settlements. Soon the took over all the region and halted the region’s trade with Arabians.

The Portuguese ruled for almost 4 centuries and utilized much of its resources. Mozambique finally got its independent after a long-term conflict known as “Mozambique War of Independence in 1975.

Mozambique is a beautiful country with countless blessings and unique features including beautiful beaches, hills, rolling and fertile plains, rivers landscapes, and highlands. The country also has rich deposits of mineral resources.

Agriculture remains the dominant sector and employs the majority of the workforce. Some agricultural outputs of the country are copra, cashew nuts, cotton, coconuts, tea, and tobacco. Other than all of these, Mozambique is still one of the poorest and underdeveloped countries in the world with low human development and average life expectancy.

Christianity and Islam are the primary religions of the country accounting for 56.1% and 17.9% followers respectively. As colonial-era has deep roots in the country, Portuguese is the official language of the country. Several other languages are also spoken by their respective native or indigenous people.

The country can be one of the well-developed countries of Africa with best and growing economies if proper reforms are introduced and a better strategy is applied. 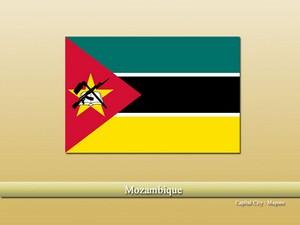