West facing house vastu Who is lord for this West direction, how to get good results in this direction homes. Browse this link to get more information.

Without vastu pandit advice one should not buy any plot or site or factory. First, check the entire plot or site and thereafter sit for the discussion for house floor plan or factory plan.

Swaziland, authentically the “Kingdom of Eswatini” is a small independent country lying in Southern Africa. The country is one of the smallest in the African continent and is bordered by South Africa towards the North, West, and South, and, Mozambique towards its North.

The country is known for its “Swazi” culture, wildlife, Mountains, Natural Beauty, Hiking Trails, and Monarchy. The country is highly exposed to HIV/Aids due to which life expectancy is very low. The country is a member of the United Nations (UN), African Union, Commonwealth of Nations and Southern African Development Community.

Archeological research shows that the area of modern Swaziland is inhabited for 200,000 years. The first people to came in the area were from the Great Lakes region are were hunter-gatherers. Other evidence like tools, stones, etc. also supports the fact. As the time passed, agriculture techniques were also used by these people.

Swazi people (Swazi settlers) started to settle in the region around the 18th century. Also, by the end of the 18th century, scramble for Africa was started but Swaziland was not occupied similar to the rest of Africa.

It was not until 1906 when the British came out victorious in Anglo-Boer war, and Swaziland became a British protectorate. Finally, the British granted Swaziland independence in 1968 and is a sovereign country since.

Swaziland is a landlocked country is mostly surrounded by South Africa. The country features natural beauty, landscapes, and sceneries. This is the reason, tourists take a high interest in the country and are visited often.

In addition, flora and fauna of the country are also rich and is home to hundreds of animal and plant species. Some of the natural minerals found in the country include gold, diamonds, coal, talc, etc.

The economy of Swaziland is mostly diversified with largest sectors being services followed by agriculture, forestry, and mining. 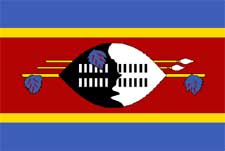 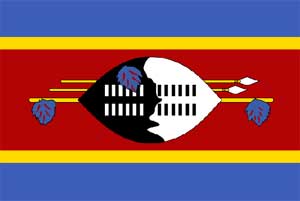