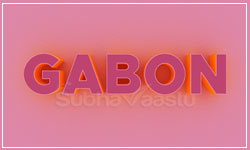 Gabon is a African country. It has very less Indian population. The number of Indian residents may be below 200. They may wish to check best vastu shastra websites. We, SubhaVaastu.com wish to promulgate an Indian traditional ancient science to the whole world and it is serving since 1992. 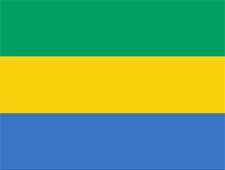 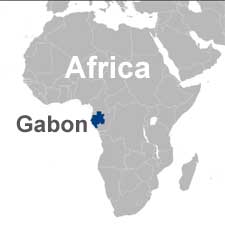 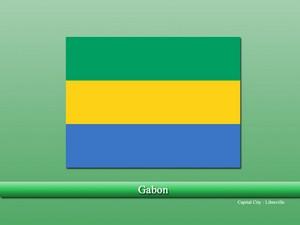 Gabon, precisely the “Gabonese Republic” is an independent country located on the Western part of Central Africa. The country has unique traditions and is rich in culture, historical heritage and ethics.

Although the economic sector is not much developed, the country has abundant oil resources and has attracted foreign investments which helped Gabon to become one of the most stable and prosperous countries in the Region.

Gabon is a member of the United Nations (UN), IMF and the World Bank. The ancient history of the area is not well known.

One of the earliest humans that lived in modern Gabon were “Pygmy People”. As the time passed, these people were replaced by “Bantu people” that migrated from the Northern regions of Africa.

The area first came in contact with European in the 15th century by Portuguese traders. Also, the area was an important slave supplying region from where the slaves were captured, traded and exported towards Europe and the “Americas”.

During the “Scramble of Africa” the area came under the occupation of France by the end of 19th century. It was not until 1960 when all of the French territories in Africa got independence including Gabon.

After the independence, the country didn’t saw stability and faced political turmoil, military coups and constant failure of governments.

The almost entire coverage area of Gabon features deep and dense rainforests. Also, the country has done numerous efforts to preserve these forests in the shape of National Parks.

There are over 13 National parks in the country. In terms of climate, the country has a warm tropical climate due to the locality of Ocean westwards.

The economy of Gabon is dependent on oil exports only and the country is mainly dependent on it. But it is estimated that Gabon’s oil will be finished in 2025. Government is developing a new strategy to lift dependency on oil.

In addition to oil there also other numerous minerals found in the country. Foreign investments have also helped the country’s economy to some extent.

French is the official language of the country with deep roots in colonial times. Almost 80% of the total population can understand and speak French.

French is also used as lingua franca all over the country. “Fang” is termed as mother language of the country and is spoken by 31% of the total population.

Christianity was brought to the region by European (Christian) missionaries before and during colonial times. Also, the constitution of the country offers freedom of religion to its individuals and the country has a positive history in terms of religious peace.

Back to Vastu Expert France
Next Gambia
Add comment
JComments