When we follow Vastu Shastra tips to our properties, then we can experience eternal peace and development. We can observe many changes in the society. We are ready to serve to Equatorial Guinea with vastu shastra tips to make this country a tourist attraction and most developed country in the world. What is our expectation for this VASTU SERVICES, its nothing, yes, there is no payment for our Vastu services. Why are we not charging the fee for this Vaastu services?

Equatorial Guinea, precisely the “Republic of Equatorial Guinea” is a sovereign country in Central Africa. Although small in size, the country is one the richest and has highest per capita in the African region. The main source of its wealth is export of oil and petroleum products. However, the income is not evenly distributed and the inhabitants still lack basic rights like education, healthcare, and access to clean water.

Before the arrival of Europeans, the country was home to a number of African local tribes that inhabited the area for centuries. Most of these people were migrants that migrated during the period of “Bantu Migrations”. The area first came in contact with Europeans in 1472 when the Portuguese explorer “Fernando do Po” on its way to India discovered the area. Later in 1778, an agreement was made between Spanish and Portuguese rulers and the area of modern Equatorial Guinea was ceded to Spain. Also, during the colonial, the area was vital for the growth of coffee, rubber, and other items. Slave supply and trade was also active. Spain ruled the area for 190 years until the country got its independence in 1968.

The country consists of two physical regions, the mainland, and the islands. The mainland is bordered by Gabon towards the south and east; and Cameroon towards the north. The terrain of the country features forests and fertile plains with heavy rainfall and equatorial climate.

Before the independence, the economy of the country was dependent on agricultural products like coffee, timer, and cocoa. Two decades after the independence, large oil reserves were discovered in the country and the economy suddenly boosted. Today Equatorial Guinea is one of the largest oil producer and exporter in the Sub-Saharan region. Also, most of its economy is dependent on this sector. Other sectors include forestry, agriculture, and fishing. Some of the agricultural products include yams, coffee, bananas, palm, rice and cocoa.

The Spanish is the official language of the country since 1884. Also, Spanish is most common and widely spoken language until this day. French and Portuguese are also the official languages declared by the state. Christianity is the most dominant religion of the country accounting for 93% of the total population. Some of the minority religious groups include Islam, Animism and Bahá'í Faith. 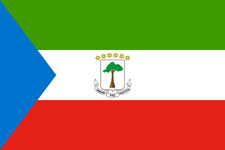 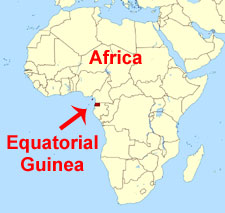 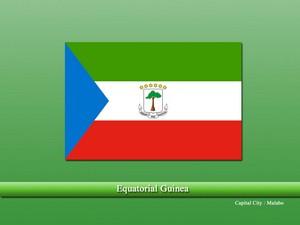 Back to El-Salvador
Next Eritrea
JComments