We at SubhaVaastu always trying to make our entire society most happy and peaceful. Our all expert vastu consultants are very ready to serve Eritrea country Government.

Many honest vastu pandits always trying to change the society filled with serenity and development. If Government of Eritrea likes to contact us then here contact SubhaVaastu details page link. 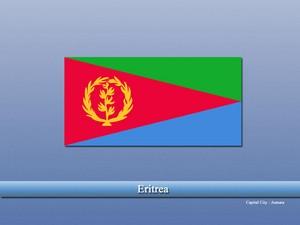 Eritrea, officially the “State of Eritrea” is a sovereign county in the African Continent located on the Horn of Africa.

The country has an extensive coastline along the Red Sea and its territory includes a number of islands on Hanish Islands and the Dahlak Archipelago.

The country poses a growing and stable economy but some of the problems still exist including lack of human development and poverty. The country is a member of the United Nations (UN) and African Union.

In the ancient times, the region of Eritrea and its neighbors were inhabited by the “Punt” people. They had active trade relations with ancient Egyptian kings.

This is written in the ancient Egyptian books. One of the earliest known empires in the area was “The Kingdom of Aksum” which ruled the majority of the areas of modern Eritrea. Also, Muslim started to migrate towards the region at the end of that era.

Middle ages of the area were marked by the reign of different kings and empires.

By the end of 18th century, “Scramble for Africa” was started and Eritrea was occupied by Italians and maintained their permanent military and civil presence.

Also, the Italians introduced a number of plantations, some infrastructure, industries, and railway system.

As the World War 2 broke out, Eritrea was occupied by British forces and Italians were expelled. The British administrated Eritrea for almost 10 years until the country got its independence.

The geography and of Eritrea is diverse featuring rich and fertile planes on the West to the desert area on the east.

Other features include sub-tropical rainforests, mountains, hills, and highlands. The country is also home to a number of wildlife species, some of which include “African Bush Elephant”, African Leopards, Black-backed jackal, etc.

The African wild dog (endangered species) was once found in Eritrea, but sadly today it can’t be found anywhere in the country.

Industrial products include beverages, cement, food processing, and textiles. Agriculture in addition to forestry and fishing also contribute a significant amount towards the economy.

In the recent years, the agriculture sector is improving and modern techniques are used. Some of the major industrial products are barley, millet, rice, wheat and dairy products.

Eritrea is a multi-ethnic country as the people have their own way of living, different backgrounds, tribes, religions, and languages.

Other common languages include Arabic, Beja, Afar, Nara, Saha, etc. According to research done by US Department of State, the most dominating religions of the country are Christianity and Islam accounting for 50% and 48% respectively.

The government is strict on radical religious activities and has banned all of these activities.