We rendered Vastu Shastra consultant services (personal visit) to 10 countries.  We don't have any good information about NRI's in Haiti. As per our information which was served by nearby country settled Indians and one vastu consultant in Delhi, thank you so much each and every one.

Indians in Haiti "+" or "-" 10000. Though the number may be more than this ten thousand, every Indian wish to live calm and to be a part of Haiti development. Good concept.

Coming with this Vastu Shastra from India, this vastu science is one of the most beneficial for human development and experiencing peace. Residents who wish to follow vastu tips can easily comprehend techniques. Following Vastu Shastra is a really easy process. The important point is resident has to approach one expert vastu consultant, that vastu pandit can do the rest.

One may check these simple things before following vastu principles.

Southwest of the home should not be vacant, it should be occupied by the owner.

If there is no open space at North, Northeast, and East then the owner should have his Bedroom at Northeast.

Southwest master bedroom is safe for the breadwinner.

Northwest master bedroom, which may create a lot of troubles to the owner.

Southeast master bedroom may always create tensions for the owner.

By knowing these simplistic Vaastu tips, the owner has to occupy the appropriate bedroom.

He can occupy the South or West Master bedrooms.

Likewise, there are a lot of vastu principles which are easy to process. We published tons of vastu tips in our website. Our vastu expert is always ready to serve to Haiti.

We offered all free services to all country Governments, except Haiti, because we are not happy with Haiti position. We may or may not provide free Vastu Services to Haiti Government, except we got comprehensive information on barriers with the Dominican Republic land.

Haiti, officially the “Republic of Haiti” and formerly known as “Hayti” is an independent nation on the Hispaniola island, located in the Archipelago “Greater Antilles” in the Caribbean Sea.

The Dominican Republic is the only bordering country of the nation. The country has long colonial and struggle history and is also famous for its colonial buildings and remains.

The country is a founding member of the United Nations (UN) and Association of Caribbean States.

Before the arrival of the Europeans (Spanish), the islands were inhabited by the “Taino” people. These people originated from the central and Southern American regions and migrated towards the Caribbean in the 15th century.

The name of the country “Haiti” was also given by the Taino people which means “land of high mountains”. These people had their own unique way of living and were living peacefully until the Europeans arrived.

The islands were discovered by Christopher Columbus and he landed on Haiti with his companions on 5 December 1492. The locals were turned into slavery and were forced to work in gold mines. Also, the Europeans carried endemic diseases from which a large number of local population affected and died. These circumstances led to the decline of the local population.

Later due to territorial disputes and claims, some part of the island was ceded to France. French imported thousands of African slaves to work on sugar population. During the French Revolution of (1789-1799), the local Haiti slave population started to revolt for their freedom and wanted to end their long-term suffering.

The condition of these people was inhuman. This led to the Haiti revolution (1791-1804), and after a series of battles between the Haiti people and the French, the French era finally defeated and Haiti became an independent nation. Haiti has the honor to be one of the first nations to gain independence in the Latin America, the Caribbean; and the nation that got independence after the revolt. After the independence, all the notable leaders of the country were former slaves.

Haiti’s territory is mostly mountainous with coastal valleys and fertile lands between the mountains. The climate is tropical with high averages of rainfall.

Also, the country has a beautiful forest, sunny beaches, and a number of other tourist recreational centers. But in the recent times, deforestation has also led to natural hazards including massive floods. Approx. 60-70 years ago, more than 60% of Haiti’s area was covered by forests, but sadly today only 30% is remaining.

Agriculture, small industries, and the services sector are the backbone of Haiti’s economy. The services sector is the largest sector. Millions of tourists especially from the US and on cruise ships visit Haiti annually.

There is numerous point of interests for tourist all over the country and taking advantage form this, the country generates handsome income. Agriculture is a major source of income since the colonial era. Due to fertile land, a number of crops including coffee, mangoes, and cocoa are grown and exported.

Christianity is the largest religion in the country which is further divided into Catholicism and Protestantism. Also, a non-religious group that made up 10% of the total population is present in the country. Minority religions include Islam, Buddhism, and Judaism. French and Haiti Creole are the official languages of the country. 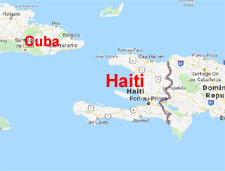 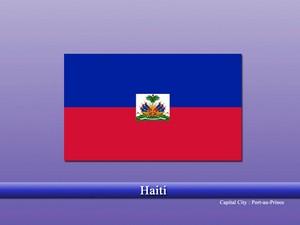