Most of NRI's remained concentrated community lives in Jackson city and some other living in many places like Hattiesburg, Silver Creek, Columbus, Silver Creek etc.

Where ever Indians were working, there, can able to see development, peace, hard work nature, systematic, followed local rules etc. It's the reason Saudi Arabia King likes Indians than any other nationals. Thank you, India.

There is no rule for the basement for the homes in Mississippi state. If any resident requires basement then they have to ask the same with their builder. Some builders designed the homes with a basement.

Here one point should be carefully observed, where there is no rule of basement structure for the homes, then if a resident is planning for the basement, then they should be carefully planned it. Otherwise, problems may arise. Further, its very tough to do corrections there in USA.

By knowing the USA rules, residents should carefully plan everything. Otherwise, they have to face negative results.

Careful about water bodies around the plot which resident likes to buy.

Corner plots or houses, without vastu expert assistance the resident should not buy such plots.

South and East plots (Southeast block site) may not return good results. Please note that many plots in this system also working good. But it will be decided by the experienced vastu consultant only.

North and West road plots (Northwest block plot), by seeing there is nothing wrong here, but it may also damage resident financial position and mental strength.

Many residents rush to buy East and North facing plots, in such rush moment, please double check, how much open space towards the backyard. If there is heavy open space at the backyard, then best to approach one genuine vastu specialist, the can guide you further.

Can buy the homes which are very near to the South mountains and West mountains. Best to choose one honest vastu pandit, before taking the decision.

Roof slanting positions, here the vastu guru can easily help you and he can guide you further.

Some were opening a home office, in such scenario, one should be planned the exact position for the office placement and sitting positions. Seating position should also be carefully planned and properly arranged, otherwise one may not expect best results.

Some are interested to have Squash Courts in their homes, don't plan it at Southwest rooms. The Gymnasium may be suitable at Southeast corner room. Having the Dining room, squash court, table tennis, other playing instruments which may not be planned to place at Southwest room, otherwise Southwest will become a deprived state. This is not trivial. When a resident is planning the above at Southwest room, then has to get a word from Vastu consultant. Once upon a time, people suffered a lot, now vastu shastra advent and events become smooth. Ourself should not get negative thoughts and be turning our life havoc. Vastu circumference is broad. Use it.

Mississippi is a United States of America state located in the almost Southern part of the country. The state is 32nd largest US state and is known for African American population, music, extensive forests, rich ecology, agriculture, farmhouses, museums, and civil war sites.

In terms of population, Mississippi is 32nd most populous Us state and approx. 37% of its total population is of African American origin more than any other state. Also, due to rich ecology and fertile lands, farmhouses and agricultural activities can be seen all over the state.

Humans arrived in the region approx. 10,000 years ago. These people were “Paleo-Indians” and were dependent on hunting but these people got extinct by the end of Pleistocene age according to researchers.

These people were replaced by other people who were expert in farming and agriculture. Some of the known people/cultures of the region included the “Mississippian culture” and the “Woodland culture”.

These cultures were expert in constructing large structures e.g. the “Mounds”.Other tribes include Yazoo, Natchez, Choctaw, and Chickasaw. Spanish were the first to explore the region but they didn’t establish permanent settlements.

The first permanent settlers were the French, who settled in 1699. Also, the French imported a large number of African slaves for multi purposes. Subsequently, the “Seven Years War” broke out, which resulted in the defeat of the French at the hands of the British and the region was ceded towards the British.

However, the British hold in the area was cut short by the “American Revolution War”, and the region was annexed by the United States. Mississippi then remained as a United States territory, until 10 December 1817, when it was finally granted statehood and became the 20th state of the Union.

Also, Mississippi was one of the founding members of “Confederate States of America” and suffered heavy casualties. Around 80,000 Mississippians enlisted for the Confederate armies and fought on multiple fronts.

Mississippi was one of the richest American states before the Civil War and produced a huge amount of cotton, but today, the state has not much-developed economy and other aspects. Main economic sectors include agriculture, manufacturing, and mining.

English is the primary language of the state, while languages other than English are Spanish, French, German, Vietnamese, Korean and Chinese.

Christianity is the major religion of the state and is divided into further sects e.g. Protestants, Roman Catholics, etc. Minority religions include Hindus, Muslims, Buddhists, and Jews. 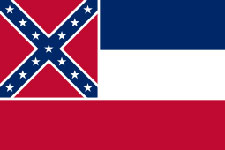 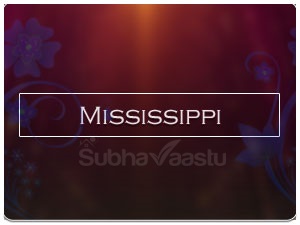