Hinduism is the second-largest religion in Delaware after Christianity. This can be credited to the huge immigration diaspora from India.

Today, Indians were well settled and are working for renowned institutions, IT companies, and the medical field. Many of them have started their own successful businesses.

Today, one may find many Hindu temples and cultural centers all over the state. Thanks to Americans for religious tolerance. The United States of America, mother after mother after India. Great people, the great land. Thank you Americans for your gesture of developing peace and sanctity.

Vastu Shastra is also one of the main reasons behind the success of Indians in USA.

The science is not new nor it started a few centuries ago but it is serving people for thousands of years. But in fact, this Vastu science is not bounded only to Indians and can be used by every single person on this earth.

The main reason of our Vastu Consultant website is also the promotion and providing free Vaastu services to poor people to the entire society all over the World.

Our online support is active 365 days and is providing free services and tips to countless poor residents. We are collecting money from the residents who are not Poor.

People who follow the science notice positive effects and are really happy and satisfied. One may check some of their Vastu reviews.

We are also willing to provide services and promote the science to the people of Delaware. Our Vastu Pandit visited number of countries for this purpose and will visit Delaware state soon. Meanwhile, one may read the Important links in our website.

House is just like a heaven for its inhabitants and is a place of joy, happiness, and peace. People after a tough routine and hard-working hours finally get calm upon arriving.

That’s why it is insisted that houses should be built with care, keeping Vaastu principles in mind. When House Vastu is good, thereafter residents can experience many positive effects in their home, it will become their dream house finally.

Similarly, other properties like Flats, or Offices, and Factories are also crucial and we must know their proper construction techniques so they may not affect us. 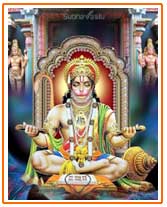 This is a on going project to place a 20 feet tall Hanuman Statue at Hindu Temple of Delaware situated in Hockessin, Delaware, USA. Temple estimated to complete by May-2020. This project will approximately cost at least $100,000, so temple is requesting donations as much possible.

For people donating at least $1000 or more, will get 2 names pledged near the statue. For more details please check this below link of the temple.

Thanks to Savisesh Kumar for providing Temple project Information.

When residents planning to buy South facing homes then this South facing house vastu link helps them to find which one is good for their requirement.

Many residents were selecting home or plot by having limited knowledge on vastu shastra and picking the plot in the gated community.

They know vastu is most important and they never like to get any suggestions from Vastu Pandits, and directly buying plots and selecting the house floor plan and finally looking for the vastu remedies, why should take chances instead of having Vastu Expert advice.

Some residents thought why should pay vastu consultation charges for the vastu shastra services, though there is lot of information available at internet.

Wise people never do such practicals, they will first take vastu consultancy from the best vastu masters and saved their life, money, time, future.

Be aware that all of the Indian vastu principles were not working in USA. There are lot of variations in vastu tips when compare with India and USA.

Delaware is a US state located in the North Eastern part of the country on the Atlantic Ocean. The state is 2nd smallest in terms of area and one of the most densely populated among all 50 states of USA.

The state has an honor of being one of the original 13 founding states of the United States of America and the first to accept the US constitution. The name of the state is after the first colonial governor of Virginia “Thomas West, 3rd Baron De La Warr”.

Lenape, Susquehanna and numerous other Native American tribes were present in the modern day “Delaware” at the time of the arrival of colonists.

British explores were first to explore the region in 1497 and claimed it for the British crown. However, no permanent colony or establishment came from their side.

Taking advantage of this, Dutch West India company soon claimed the land and made forts, outposts, and garrisons for support. Dutch also became the first Europeans to do so. Migrants from Sweden, Netherlands, etc.

also started to settle in these lands and the authorities were in constant wars with Native tribes. By the mid-17th century, Dutch and their allies were forcefully pushed out of the region and British soon claimed the whole region.

During the period of “American Revolution”, Delaware became the first of thirteen colonies whom declared independence from UK and accepted the US constitution.

During the American Civil War, Delaware aligned with the Union and one of the first state to push for the abolition of slavery and finally, in 1865, slavery was formally abolished from the state.

The state covers an area of 1,954 miles making it the second smallest state of the country. The entire terrain is flat and has low elevation. Some of the geographical features include sandy beaches, marshes, forests, swamps, and rivers.

The basic economic drivers of the state’s economy are governments, healthcare, agriculture, services, healthcare, and manufacturing. These are the largest sectors and employ the majority of the workforce.

Another huge employer of the workforce is the “Dover Air Force Base” which employs a number of people. Some of the agricultural products include soybeans, corn, nursery products, and dairy items. Manufacturing items include IT, electronics, machinery, and automobiles.

English is the official and is spoken by almost 90% of the population. According to 2010 census, Christianity is the largest religion of the state, while minority religions include Hindus, Muslims, and Jews. 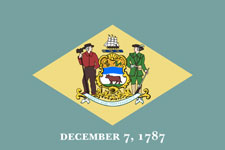 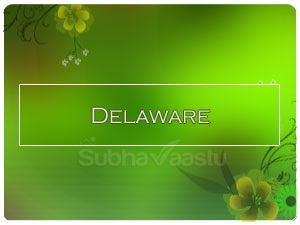