Vastu in State of Louisiana [LA]:

Perceiving exact vastu house may not be possible in USA. We have to decide the best house out of worst houses in USA, this is the only technique we need to follow in USA and Louisiana state too.

Careful about the curve roads and plots which are adjacent to the curvy roads. The resident should take precaution in buying the home at curve roads.

There are many street focuses on the properties, when there is a road thrust on any house or plot, take vastu experts advice and then only decide further. Inadequate knowledge ruins the resources and chances in the life.

When looking for office, check the main entrance door for the office. If there is Southwest, or Southeast or Northwest entrance door, then avoid it. If possible to change the door and do it with the help of vastu pandit only. One should not take the decision with the limited vastu knowledge.

Planning to start any factory in USA, best to obtain one honest vastu consultant advice and then only adjudge the venture.

Some Vaastu principle variations were observed when coming with India and other countries. townhomes, condominium.

Some other domestic Architectural Styles in Louisiana:

Louisiana is a US state located in the Southeastern region of the country. The state is known for it's multiethnic groups like African American, French, and French Canadian.

Moreover, the French colonel remains, music, festivals and historic museums enhance the culture and beauty of the state. In terms of land covered, Louisiana is 31st largest and 25th most populous US state.

Some of the richest native American cultures thrived in the region thousands of years ago. Also, the region was home to some of the earliest mound-building cultures.

Some of their remains can still be seen e.g. Poverty Point, Watson Brake, and Troyville Earthworks. Numerous cultures including Poverty Point culture, Hopewell culture, Baytown culture, Troyville culture, and Mississippian cultures, thrived in the region in their respective times.

Spanish explorer “Panfilo de Narvaez” was the first European to explore the region in 1528, but the Spanish didn’t get interested in the region nor they established any colony.

At the end of 17th century, French arrived in the region for commercial and other religious purposes and were first to establish permanent colonies.

Afterward, Louisiana was granted statehood and became 18th Union state. Several expeditions were sent in the region to explore for the minerals, resources, and maps most famous of which was the “Lewis and Clarke” expedition. As the “American Civil War” started, Louisiana allied with the Confederate states but was soon defeated.

Louisiana is bordered by Mississippi towards the East, Texas towards the West, and Arkansas towards the North. The state has countless geographic features including scenic rivers, grassy plains, swamps, beaches, islands, and forests. Most of the historical and natural sites are protected by the government. 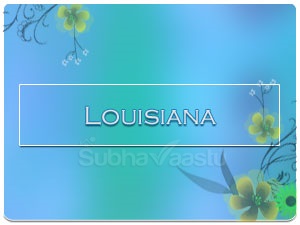