Saint Lucia is a small Island country located in the eastern Caribbean Sea. The country in our opinion is just a heaven on earth with a natural and fresh environment, lagoons, fishing-villages, fresh blue water lakes, forests, waterfalls, and several other breathtaking features.

This is the reason countless tourists visit the country each year and help the country’s economy to flourish.

French pirate “Francis Le Clerc” was the first person to discover the island. Later on, the island was a center of a struggle between the French and British.

Due to this island saw various conflicts. Sugar plantation was also started and numerous defensive positions (forts, barracks, etc.) were built. The colonialism on the island continued until the island finally achieved its independence in 1967.

The island has countless geographical and topological features and is one of the most beautiful islands in the region. Most of the island territory features mountains.

Services is the largest economic sector of the nation followed by Industries and agriculture. The country also receives significant foreign investment. Due to the various features described above, tourists love to visit the country and help an the economy to grow. 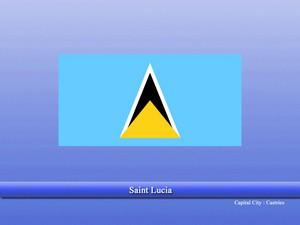