Tonga is a lesser density populated country. As per our information, almost there is no Indians in Tonga country. Other than Government officers which are working for Embassy in Fiji and nearby countries.

We are ready to provide free Vastu consultancy services to Tonga country. Requesting to check our VASTU SERVICES page once. We are always ready to help the Government of Tonga for all vastu shastra services.

Vastu for Northeast facing house Generally, Northeast facing homes are giving good results. But some are cruelly giving wrong results to the residents, that is why all vastu experts are saying that without vastu consultancy services one should not take any decision to buy.

Vastu for Southeast facing house If all rooms and home is as per skewed principles then this Southeast house will also giving good results.

Vastu for Northwest Facing House Please check whether the plot or house is facing towards Northwest or the house or site is Northwest block only. Need to check every thing thoroughly then only take the decision of buying or searching for homes.

Exact dates and much is not known about the history of the islands but it is estimated that first humans arrived on the islands approx. in 1500-1000 BC. The people of islands were known as Tongans and had active relation with tribes of other islands in the Pacific.

Due to lack of writing or other recording means, the accurate history can be known only from the times of European arrival. Dutch were the first Europeans to have contact with the inhabitants of these islands. Other French, US and British expeditions also visited the islands. In 1900, Tonga became a British protectorate under friendly terms and all of its issues came under the British. The agreement remained till 1970 when Tonga was given full independence.

Services, agriculture, and small manufacturing are the main economic sectors of the country’s economy. Also, foreign remittances help the economy a lot as a significant amount of the country is living abroad. Agricultural items include potatoes, coffee, vanilla beans coconut and cassava. While manufacturing is done on minor basics mostly to cope with domestic demands.

Tongans are the dominant ethnic group in the country and accounts for approx. 98% of the total population. Tongan and English are the two official languages of the country. 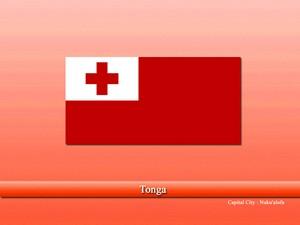