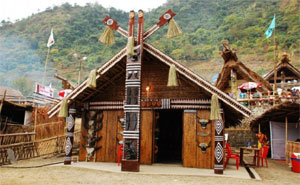 Manipur, state of mountains, when coming with Vastu Shastra, residents has to take care before buying the plots or house. When looking to buy a site for constructing a home, then find out a good plot having a mountain in West direction or South direction. We are not asking about Vastu for this Naga Style houses in Manipur. If you are interested to built these kind of homes in your location, then make sure the door should be towards Northeast of East or Northeast of North.

Coming with West facing house vastu, inhabitants should take more care on East direction, there should not be any mountain or hilly land at East direction. This is only a Vastu Tip. But your vastu expert will definitely helps you in this regard. Please approach only the best Vastu Pandit, don't go with any slacker, this may ruin your lifetime effort.

While buying the NE facing home, then check Northeast facing house vastu link, it has comprehensive information. Development is continuation process in our website.

Are you buying the NW facing home, then visit this Northwest Facing House Vastu link, some thought about it is North facing and some decided it is West facing home. Which one is correct.

Unbelievable, but its true, we provided incalculable enlightenment data on East facing house vastu. Visitors will definitely appreciate our efforts after seeing this link.

Don't compromise on Vasthu, when buying homes. It changes your life style.

Many followed Vaasthu principles and got excellent good results.

Manipur is an Indian state located in the North-eastern part of India. The state has great strategic importance and served as a gateway between India and eastern Asia for migrations, trade and travel route.

Bordering states of Manipur include Assam towards the west, Mizoram towards the South and Nagaland towards North Direction. The area remained a princely state under the reign of the Kingdom of Manipur during British rule.

National Highways are used to connect the state with other Indian states and rest of the country. The area covered by the state is 22,347 and capital of the state is Imphal.

History of Manipur can be learned through archeological evidence, stories, and books. Due to the remoteness of the area, it enjoyed the peace and were living happily until the foreign interference.

Although, the area was under the constant reign of different empires no record of uprising or battles can be found. As the British influence the area increased, the people of the area were really concerned about their fate.

Three major wars were fought between British and Burmese known as Anglo-Burmese wars. The area became a princely state under the British crown in 1891. As British had tremendous power no one could resist them at that time.

Between 1917 and 1937 there were a number of events of uprising and protests by the local population against the British rule. The ruler of the Kingdom of Manipur wanted the state to be part of India rather than Burma presently its called as Myanmar.

But not all people agreed and these events led to the insurgency in the area which is still active to this date. During World War-2 the area was also the site of battles between the United Kingdom and Japan.

The state has a number of physical and geographical features that include hills, rivers, flower valleys, lakes, and swamps. 90% of land of Manipur is comprised of hills. The area is also home to a number of wildlife species.

The state is divided into two main physical features: a remote area which consists of rugged hills and valleys, and the other one is central plains which feature plains suitable for cultivation. Approx. 64% of the state’s area is covered by forests and natural vegetation.

As we travel through the state number of ever-green and dry forests can be found. Also, the state is blessed by a moderate temperature. Summers can be enjoyed but winters can be frosty sometimes as the temperature drops below 0 degrees.

Manipur has an agricultural based economy. Due to the moderate climate and rich soil, a number of crops and fruits are produced in the area which is rich in quality and taste. Some of the corps include Lychee, Cashew, Walnut, Orange, Lemon, Pear, Peach, Plum, and Pineapple.

Manipur is also the largest producer of Bamboo among all other states of India. As the state acts as a gateway between India and East Asia, trade and import/export are active in bordering towns. Due to the unique culture and traditions number of tourists are attracted.

Also, Manipur is the largest producer of Handicrafts. The state also produces sufficient electricity which cannot only fulfill local demands but also can be exported to Burma.

Christianity was preached in the area by Christian missionaries in the 19th century. Similarly, Muslim scholars from Baghdad, Turkey, etc. visited the areas during their respective periods. Meitei and English are the official languages of the state.

Meitei is the most common and widely spoken language. It also serves as lingua franca. Other languages of the state are Kabui, Hmar, Bengali, etc. 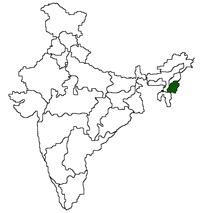 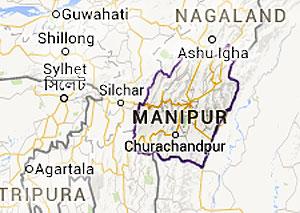 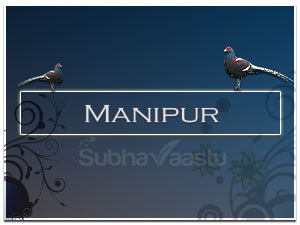 Back to Vastu Consultant Maharashtra
Next Vastu in Meghalaya