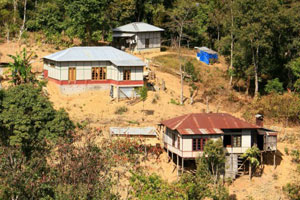 We can see many homes like this in Mizoram. When coming with constructing homes, please don't construct the home when there is East, North and Northeast mountains. No valley at Southwest, South and West directions. Please choose the best plot which has South, West or Southwest mountains. Valleys at North, East, and Northeast. Then things go smooth. Residents will be blessed with many positive effects in their life. All these things can be easily handled by best vastu consultants in AP and top vastu consultants in Hyderabad.

Everyone should live happily and peacefully in our India and the world. This is the concept of SubhaVaastu.

This is the right time for Mizoram people to concentrate on their development and following Vastu Tips. Have an eye on our Indian Vastu Shastra efforts to make humans live with peace.

Following Vastu is very simple and advisable. If you approach one of the best vastu experts then you will get right advises from them. Now we can find many Vastu Pandits in our society, we need to select only the top and famous experts, we should not select the bookish knowledge vastu gurus in the market.

When Vastu Pandit visited your site, he understands the mistakes of that House/plot, then he can properly guide you.

Please note that personal visit is most important to yield the good Vastu Results. Online Vastu Services is another option or final option. But it is not compared with a personal visit.

Residents understand how this Vaastu helps to the humans and can able to get more benefits when applying Vasthu principles.

When Mizoram people plan to start a factory, then better to check this Factory Vastu link before starting factory construction or buying the land for Industry.

When likes to start an office for the factory or for any other Business concern then implement some Office Vastu tips. Things go smooth.

Residents like to best the East homes, then read this East facing house vastu link, you may get unbelievable information on East direction here.

This link explores information on South facing house vastu. Those who like to read the corners information, we updated those links too in our website.

Mizoram is an India state located in the North-Eastern part of the country. It is one of the land-locked states of India and Shares its borders with states of Tripura, Assam, and Manipur. International borders shared by the state are Bangladesh and Myanmar.

Mizoram was carved from the India state of Assam in 1972 and became the 23rd state of India. Most of the population of Mizoram are of tribal background and live in rural areas, but the literacy rate in the state is very high. Demographics of the state were largely influenced due to immigration from foreigners in the 16th and 18th centuries. Unlike other states of India which have the Hindu majority, the population of Mizoram is mainly Christian.

Mizoram’s history is famous for hills and local tribes. The tribes had their own respective chiefs which ruled the tribe and acts as a savior for the tribe people. The ancient history of the Mizoram is not well known. The local tribes were often fighting between and had some brutal traditions.

During the period of British influence, the first contact with the tribes was made after people of local tribes looted the British supplies stationed in the area. The British retaliated and defeated the tribe that was involved. As time passed, several British expeditions were sent in the area and soon the area became under the control of the British empire. The area was not free until 1947 when the British left and the area became part of Indian state of Assam.

The terrain of Mizoram is entirely hilly. Blue Mountain is the highest point with an elevation of 2165m. Also, the majority of the area is covered by forests. The geography features hills, mountains, landscapes, forests, scenic beauties, farmlands, and wildlife parks.

Mizoram is the fifth smallest state of India covering an area of 21,087 km2. Mizoram has one of the fastest growing economies among all Indian states. Basic contributor to the state’s economy is an agricultural sector. Rice is the major agricultural product.

Other products include fruits, spices, etc. More then 60% of the total population is dependent on the agricultural sector. Although, the state has a beautiful landscape, wildlife, and hills, yet it has failed to attract local and foreign tourists. If the tourism sector is improved, it will attract a number of tourists annually and will surely help the economy to prosper.

The industrial sector has also faced several drawbacks. Problems like difficult access, lack of skills, lack of machinery, etc. had bounded the industrial sector. As the state is bordered with Myanmar and Bangladesh, it provides transit, trade and business facilities between these countries.

Minority religions include Islam, Jainism, and Sikhism. After the British invaded the area, it opened the doors to British Christian missionaries to preach the teaching of Christ to the local population. Soon afterward, many local populations (tribes) converted to Christianity. The state also features some of the old churches constructed during the time of British.

The culture and traditions of Mizoram have tremendously changed in past 100-150 years due to the arrival of Christianity. Most common festivals include Christmas, Easter and other celebrations related to Christian trends. 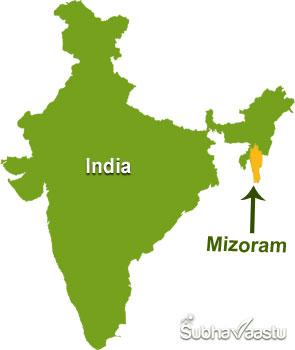 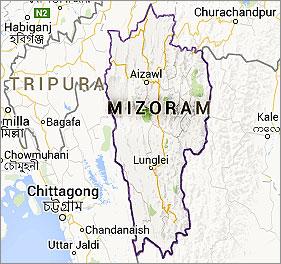 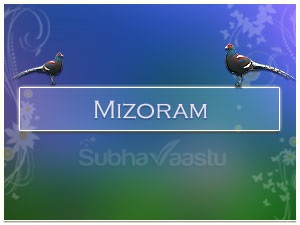