The state of “North Dakota” lies in the category of one of the most sparsely populated states of the US, yet the regions which are settled are well-developed and advanced.

This can be done by following and implying an effective ancient since that has been used for thousands of years. The science known as “Vastu Shastra” was thought to be only bonded to India, but due to our endless efforts, people all over the world are using it and given positive feedback. .

In India, many famous personalities, Cine Actors, and politicians are constantly using the science and constructed their premises accordingly. People from different parts of the world regularly (contacting us) before building their property.

It is our request to the individuals of North Dakota to do consult our “Vaastu Pundits” before constructing houses, offices, factories, car garages, and schools. You will shortly notice positive changes and bad effects of depression, Tension, bad omens, etc. will be eliminated.

For further information, you can check the daily updated “Vaastu tips” or some of the directional information can be achieved through following links:

Some Indians had a doubt that is indian vastu principles works in USA, if so why many NRI's recommending our website to their friends and relatives who lives in USA.

Many delivered their reviews (Vastu Reviews), in other words, if Indian Vastu Shastra is not working, how can our NRI's recommending to their friends. Residents pleased to sent their reviews, this is of their kindness and generocity. Thanks to each and all.

East facing house vastu, this direction has significant importance and can readily affect our lives, so better to consult Vaastu Consultant before taking any decision.

North Facing House Vastu, this direction has similarly its significance and conditions may be different in the US. In case of any queries, our vastu specialist is available for your help.

Southwest facing house vastu much thought about its cruel and avoiding buying this homes. Is this statement is fact, but we addressed the recommendation to some residents to buy Southwest facing homes. How? on what basis we proffered such reference.

There are some vastu principle variations in India and USA, that we should first understand. Unless the craftsmanship cannot be amplified elaborately.

One NRI in Seattle contacted vastu consultant in AP to review vastu for a hospital, on the observation that vastu consultant found lot of variations took place in the vastu evaluation compared with Indian land and USA land.

Later NRI got some recommendations from that vastu consultant those were not needed for that property, NRI takes the second opinion and all things came out. In USA we should first understand about the Street Vastu and home vastu and Construction Rules and local laws and city council regulations. Otherwise, we cannot deserve to go with vastu consultation in USA.

The state is bordered by states of South Dakota towards South, Minnesota towards the East, and Montana towards the West. The Canadian provinces of Manitoba and Saskatchewan lie towards its North. The state is famous for National parks, monuments, and Great plains which dominate most of its terrain.

The regions of North Dakota were inhabited by different Native tribes before the arrival of Europeans. These tribes had maintained constant trade with each other built several trade routes and posts. Also, they were engaged in numerous conflicts countless times.

Mostly these tribes were dependent on agriculture and hunting. Some of the known tribes were Sioux, Chippewa, Mandan, and Arikara. The first European to explore the regions of North Dakota was La Verendrye, who explored and visited numerous Indian tribes and was impressed by their trade activities.

Spanish were the first to claim the territory from 1762-1802 until the territory was finally ceded to the US. Afterward, migration and settlements started in the region. These were also due to the construction of roads and railroads.

In the 18th century, Native tribes were also granted separate lands where they can continue living in their own way.

The geography of North Dakota is dominated by the “Great Plains”. The western part of the state features hills and highlands while eastern part features plains and grassy lands.

The highest point in the state is “White Butte”. Also, the has abundant natural resources and some of them include natural gas, fossil fuels, and crude oil.

The temperature changes slightly due to different geographic conditions but mostly features hot summers and cold winters. Also, due to diversified terrain, the state features several animals and thousands of plant species.

Due to abundant land mass and fertile soil, agriculture had flourished in the region for centuries. Today, agriculture is the largest economic sector followed by food processing, oil, technological products, and manufacturing.

By the end of 19th century and start of 20the century, North Dakota saw huge immigration from the other US states and Europe including Sweden, Germany, Norway and the United Kingdom. Today, Christianity is the largest religion of the state.

Minority religions include Islam, Baptists, Jehovah's Witnesses, Methodists, etc. Non-religious people account for 20% of the total population. English is the primary language of the state’s people and languages other then English include Spanish, German, Norwegian, Chinese and Japanese. 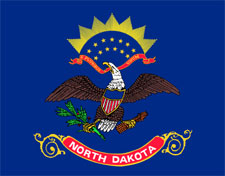 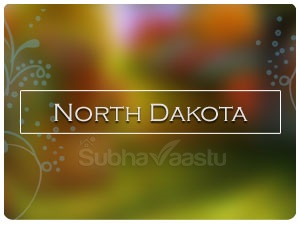