Vastu shastra is an ancient and traditional construction method which provides peace and development to the inhabitants. When residents trying to get Vastu guidance from any vastu person then they should first choose only the best Vastu Expert in this field. Don't approach any quack in the market. Formally, their consultancy charges may be cheap, finally, residents have to fall into their traps and lost a lot of money and peace too.

It's the reason many educated people never go to bum in the market, they choose only the expert Vastu Pandit. They never see initial payments which are paying to the consultants.

We visited Himachal Pradesh (HP) several times, they are very good people, very honest indeed, more affectionate and can give life if they trust. Most of the HP state has the hilly areas. Tough to get sufficient plain lands. When we found substantial plain land, that's cost will be naturally more than the other available sites.

HP state is a compact group of mountains, and hillocks ( In different places mountains and mounds has different names, some are like: peak land, height, mount, Summit ground, pinnacle, alp, range, Sierra, Cordillera, massif, hillock, hump, mound, knoll, tump, prominence, eminence, elevation, rise, dune, barrow, tumulus, Hummock), if so then residents have to find a House or plot which has mountains or hillocks to be towards South or West or Southwest directions. 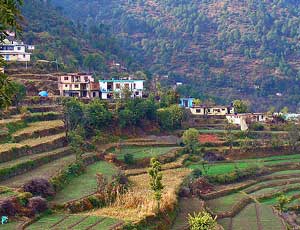 Himachal Pradesh, almost huge parts of entire state is filled with mountains, when residents planned to buy a home, then try to buy home which had mountains at South or Southwest or West directions. Please note that the law of spreading rule is that, when there is huge number of mountains then some rules may not be function properly here. Anyway better to buy home which should not had mountains at East, Northeast and North directions. This is safe method.

When coming with East facing house vastu, the best way is if there is mountains at West then this East facing homes giving very good results.

Residents thinking about West facing house vastu then try to find a good west facing home if there is no any hillocks at East direction.

Yes, get it, but this South facing house vastu should not have any hillocks at North direction.

Accepted to buy this Northeast facing house vastu properties, but it should has Southwest humps. Then this would be a wonderful property for you.

Himachal Pradesh is an Indian state located in the northern part of India. The state was once part of the greater Punjab but was later separated into the independent state on political and administrative backgrounds.

The state lies in the locality of Western Himalayas and most of the area of the state features Hills and Mountains. The state is known for its peaceful and fresh environment, landscape, sceneries, snow-capped peaks, hill-stations, tourist resorts and high human development rate.

Bordering state include Jammu And Kashmir towards the North, Haryana towards the Southwest, Uttarakhand towards the Southeast and Punjab and Chandigarh towards West. More than 90% of the total population live in the rural areas. The state has an extensive network of hydro-electricity plants and also supply power to other states.

The history of the modern Himachal Pradesh dates back to the times of Indus Valley Civilization. The area was also Home to many other earliest tribes like Khasa, Hali, Kinnar, etc.

Later on, the area came under the reign of different kingdoms and empires, most notably Vedic and Gupta empire.

During the influence of Muslim empires in the area, Himachal Pradesh came under the occupation of different Muslim empires like Delhi Sultanate, Mahmud Ghaznavi, Timur and Sikandar Lodhi. Later during the times of Mughal Empire, the local states paid regular tribute to the empire.

After the War of Independence of 1857, the area came under the direct control of British crown. Although the locals of the area didn’t actively participate in the struggle for freedom, yet they provided a number of troops to the British Army during the first and second World Wars.

The area remained under British occupation till 1947 when the sub-continent got its independence.

Due to the locality of Western Himalayas, almost all the area covered by the state features hills, rivers, forests, and mountains.

The state also features a number of hill stations, most notably “Shimla” which was created by the British during the time of their rule and now it is the favorite tourist location for Indians and other nationals.

The Himalayas have also the great importance in Hindu Religion as the Himalayas are considered as home to the Hindu Gods.

The famous activities for tourists include ice-skating, skiing, gliding, hiking, rafting, mountaineering and fishing. As the state has great importance in Hindu religion, a number of temples can be found all over the state.

Agriculture is the backbone of the country’s economy and the majority of the population is dependent on agriculture for a living. Hydro-electricity and tourism also play a significant role in the state’s economy.

Common agricultural products include wheat, maize, barley, fruits saffron, mushrooms, and olives. Due to lack of skilled-labor, management, difficult access, and poor mineral resources, the industrial sector is still not stabilized in the state.

Due to unlimited sceneries, peace, hill stations, and natural environment, the state also attracts the number of local and foreign tourists annually which play a huge role in the uplift of the state’s economy.

Also, the state has a number of rivers and hydro-electricity power plants which generate enough power that not only fulfills local requirements but also supply electricity to the neighboring states.

The most dominating religion of the state is Hinduism accounting for 95.02% of the total population. Minority religions include Islam (2.33%), Sikhism, Buddhism, Christianity, and Jainism.

Recent technological advancements and rapid change have changed our lifestyle and traditions, but Himachal Pradesh is one of the few states which has no significant effect of outside changes and modernizations.

The state still posses its unique way of living, cultures, traditions, and festivals. Apart from tourism, the state is famous for carpets, handicrafts, wooden-crafts, shawls, and paintings. 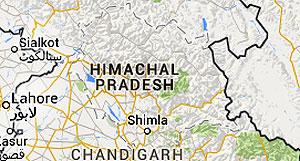 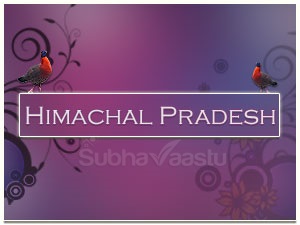