Rhineland-Palatinate is a state in Germany located in the Western part of the country. The state is known for beautiful towns, centuries-old cathedral, unique castles, architect and culture.

The state was created soon after World War 2 ended and before that, it was a Prussian province. Mainz serves as the capital of the state and is also called “Wine capital of Germany”.

Although, the province was created after World War 2, “Rhineland” remained an important and strategic location throughout the history. At the earliest times, the region was occupied by several Celtic tribes. During the Roman conquest of the region, the regions of Rhineland were occupied by the Romans.

The also did their best to maintain their foothold and by establishing strongholds and outposts. But due to active resistance by the local tribes and the downfall of the Roman empire, the region was soon overrun by the Franks.

During the middle ages, “Holy Roman Empire” rose and administrated the region for a brief period of time. As the result of both of World Wars, demographics and areas of the Rhineland were often changed.

The economic sector of the state is highly diversified and stable. Wine growing and export is one of its leading sectors and the state is the largest producer and exporter of Wine in Germany. Other sectors include automobile assembly, ceramic, glass and leather industry, chemical industry and pharmaceutics.

The largest religious groups in the state are EKD Protestants, Romans Catholics, and Muslims accounting for 41.7%, 28.0%, and 2.5% respectively. Non-religious people in the state account for 27.8%. (According to 2016 stats). 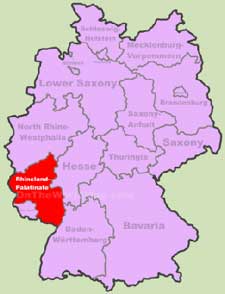 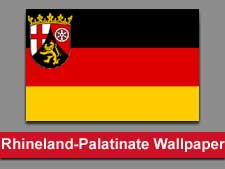