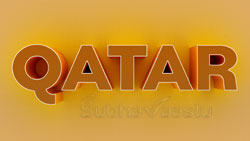 Basically, Qatar is a rich country. Due to some recent happenings, things go negative with country financial status. This is the right time to follow Vastu Shastra principles in Qatar. Once King of Qatar accepts for Vastu consultancy, we are ready to serve to Qatar country.

Vastu shastra does not belong to any religion, this is universal. Anyone can follow this Vaastu. The only point is that this Vastu shastra originated in India. Ancient Vastu architecture is invented by Indian Rushis and developed many sages and recent developments also took place for human benefits.

East facing house vastu, with having some tiny information, residents run to take east facing homes, is all east homes really helpful for the residents.

South facing house vastu Must read this article on south direction homes. This link has good information on merits and demerits on South direction facing.

Not only directions, but our website provides good information on many things in vastu shastra.

When taking a property like a shop, house, apartment flat, home, office, industry then please check that property with one of the renowned vastu expert, this is the best procedure.

Qatar, precisely the “State of Qatar” is an independent country in western Asia located on the Northeast coast of the Arabian Peninsula. Qatar is only bordered by Saudi Arabia towards its South. Qatar is one of the richest countries in the world and high-income economy backed by strong oil reserves and other global businesses.

Also, it holds a strategic position in the region and is termed as a middle power. Qatar is also ranked as the country with the highest human development index. The country will also host the FIFA World Cup of 2022 and is one of the first countries in the Arab world to do so.

Archaeological tools unearthed at the peninsula supports the fact that the area was inhabited by humans as early as 50,000 years ago. In 628, Muslim Prophet Muhammad (PBUH) sent a messenger to the local ruler to invite him and local people towards Islam.

He accepted and with the help of Islamic Scholars and preachers the area soon accepted Islam. Later, due to its strategic position and was claimed or captured by many regional and foreign powers including Saudi empire, Ottoman empire, The British and The Portuguese.

It also served as the center of trade and a stopping point for trade ships coming from India and China. From 1871-1915 the area remained under the occupation of Ottoman empire. But this period was marked by uprising and revolts by local tribes and forces against the Ottomans. After the defeat of the Ottoman empire at the end of World War 1, the area came under the reign of British until Qatar got it independence in 1971.

Qatar is a small country near the Arabian Peninsula. Similar to the other Arabian countries, its terrain features rough areas like sand dunes, deserts, etc. But some special zones are made that can be used for vegetation and growing corps.

Efforts are being made by the government to make the environment better and maintain temperature. For example, at present, the temperature reaches as high as 50˚C. This made hell for the local people and is difficult to live in this temperature.

The economy of Qatar is mainly dependent on oil and natural gas. It has one of the largest oil and gas reserves in the world. Before the discovery of oil, the local people were poor and were living in desperate conditions.

The main source of their income was the fishery. Due to oil prices dropped in the last years, the government is pursuing to lift the dependency on oil and globalize its economy.

The majority of the inhabitants of Qatar are Muslims accounting for 67.7% of the total population. Due to a large number of immigration from other countries, a number of other people of different religions are also found in Qatar.

For example, Hindus, Christians, and Buddhists. The immigrants migrated to Qatar in search of jobs and a better lifestyle which their country can’t provide them. Millions of people from India, Pakistan, Bangladesh, Egypt, and Sri Lanka have migrated or do jobs and works in Qatar. Some are running businesses in Qatar.

The official language of Qatar is Arabic. While English is used for different purposes like Trade, dealing with foreigners, etc. English also serves as lingua franca. Due to a large number of foreigners, a number of other languages like Urdu, Hindi, Bengali, Balochi, Pashto, Telugu, etc are also spoken.

We can travel by "Doha bus" which is run by the administration. Having shopping complexes / Souqs, restaurants, hotels, cinema theaters etc. A good place for the visitors.

Beaches: The Qatar peninsula has shorelines in abundance with a 563-kilometer-long sandy coastline with various little islets, sandbars, and reefs. The following is a rundown of the absolute most extraordinary beaches, yet you can get access to the ocean wherever you (SubhaVaastu.com) need.

Simply remember not to leave any litter behind you. Most of Qatar’s 5-star hotels also have gorgeous sandy beaches but if you are not staying at the hotel there may be a charge. Enjoy relaxing, swimming, or any water sports on Qatar’s sparkling shores with their exceptionally clear and clean blue water. Thanks to vastu consultant NJ for providing some information on Qatar country. 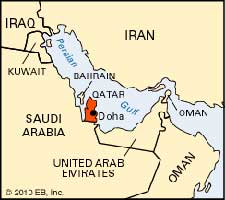 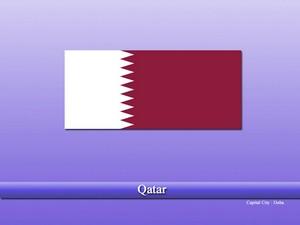 Back to Vastu Consultant Portugal
Next Vastu in Romania
Add comment