North Rhine-Westphalia is a state in Germany located in the Western part of the country. The state is the most populated German state and is ranked as 4th in terms of area covered.

The state was created after the World War 2 ended, and Dusseldorf serves as the capital while Cologne is the largest city of the state.

By the middle-ages, the region was ruled by the “Holy Roman Empire” and was turning point of the religious demographics of the region. After the World War 2 ended, Germany was divided by the victorious Allied forces and the region of North Rhine-Westphalia came under the British occupation.

The region’s economy faced major setbacks during the World War 2 but got swiftly recovered after some years which was considered not less than a miracle. There are various economic sectors today including automobile manufacturing, Large industries, services, and engineering.

As described earlier, the state is the most populated German state and is home to most of the largest German cities. Roman Catholicism, EKD Protestantism, and Islam are the largest religion of the state accounting for 42%, 28%, and 8% respectively.

The large presence of Islam can be described by the huge immigration from the Muslim countries especially, from Turkey shortly after the Second World War 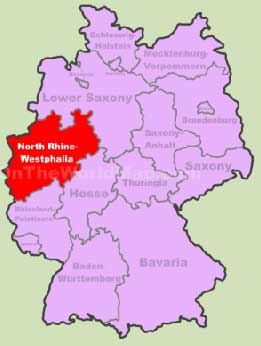 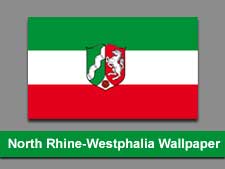