Limpopo is South African province which lies in the Northernmost part of the country. The province is known for its diverse terrain, abundant wildlife, rock art and caves that have ancient fossils or remains. The province is named after the “Limpopo River” that features much of its boundary.

The recorded or written ancient history of the region is not available. Only estimations can be made from the remains and fossils about the ancient people of the region. It is estimated that the human history in the region date backs to 100,000 years.

Numerous archeological sites have been found in the regions of the province. As gold is abundant in the region, some of the ancient people traded it in different parts of the world.

Limpopo shares border with the South African provinces of Mpumalanga, Gauteng, and North West. It also shares International borders with Botswana, Mozambique, and Zimbabwe. The geographic features of the province are really unique and diverse.

The most famous feature includes “Waterberg Biosphere” which is also a World Heritage Site. The site includes mountains, wildlife, rivers and some of the ancient caves that help us to study the life of ancient people.

Mining, Agriculture, and Tourism are the main economic drivers of the province, although the economy is not well developed in the province and is ranked as one of the poorest South African provinces. The government needs full concentration and focus otherwise the situation will become worse.

Tourism also plays a significant role in attracting thousands of tourists. There are countless recreational and hear touching area in the province.

Several ethnic groups inhabit the region, the majority of which include the native or black people. Also, due to this, several languages are spoken in the province. 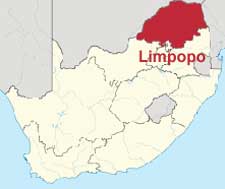 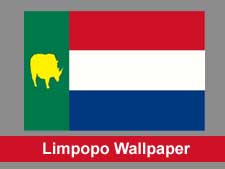