In the year 1993, we visited Jaipur city and later went to New Delhi. We have many clients in Hyderabad and Indira Nagar Bangalore city, their relation requested us to visit Jaipur, and we stayed for almost 15 days in Jaipur city.

Residents in Rajasthan are so courteous & wonderful, tons of affection, when we were visiting their homes, they served bowlful of Milk Kova, which has a delightful taste. They prepared this milk Kova and serving guests. Mind-blowing affection. Most honest people. They never cheat.

This is not only our feedback but others also saying this kind of words. For example, One time we visited the Business Bay area in Dubai, there we met with one vastu consultant in New York, he also expresses the same feeling. Salutes to the land of Rajasthan. 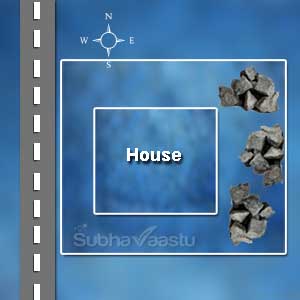 This home is West facing house. The residents in this home kept many rocks at backyard i.e., East direction. We should not keep the stones, waste materials, heap of stones, garbage, stock items, store materials, makes residents life more in trouble like financial losses, absense of peace of mind. mental stress, kids will be in troubles, fame loss etc. The good idea, removing the material and keep them at Southwest or upstairs southwest portions. 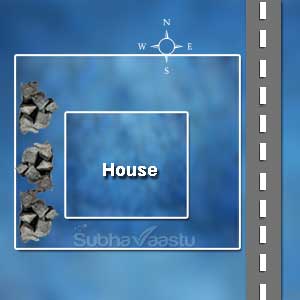 Almost both images are same, seems to be both are same. But there is a huge difference is there in this images, and results wise also there is huge difference. Here this is East facing house. The residents kept lot of stones at backyard, i.e., at West direction area. This makes residents more beneficial in several parts of the life. It supports health and wealth. Finances will be standard and health will become good. It improves good name in the society, standard thinking, and tensionless life, respect for the word will increases etc.

By naked eyes, both images are same, but lot of difference in results. Likewise, if residents approach one good vastu pandit, then their life will develop and become peaceful.

Genuine Vastu Consultant always crave for his clients develop, always try to approach only the best and reliable Vastu consultant for all of your Vaastu requirements.

We thought these links may helpful:

House Vastu, this article has detailed description about house vastu, step by step.

Factory Vastu, this page served the entrepreneurs with many guidelines.

Office Vastu, this post assists us where we have to sit, where the staff has to sit and organize the entire office work etc.

Health Vastu, in today's life, we need to save our health first. It is most significant and costly too.

Directions in Vastu Shastra, it envelops the high grade content how to find all directions and etc.

Vastu Effects, let's know what are all effects with vastu.

Rajasthan, precisely “Land of Kings” is an Indian state located at the north-west part of the country. In terms of area, it the largest state of India and is also bordered by Pakistan to the west. The terrain of the state is mostly marked by hostile and rough desert known as “Thar Desert”.

The state is bordered by other India states of Punjab towards the north, Haryana and Utter Pradesh towards north-east, Gujrat towards the southwest and Madhya Pradesh towards the Southeast. Rajasthan's entire border with Pakistan is marked with desert, this is the reason that it is predicted as the main battlefield for tanks between India and Pakistan.

The present Rajasthan was home to many ancient civilizations date back to 5,000 years ago. Eventually, many physical, climate and geographical changes resulted in the end of those civilizations but their remains can be seen till today. Medieval period of Rajasthan was marked by attacks and invasions from foreign invaders, most not notably “Muhammad Ghori”.

Later after the defeat of Lodhi empire, Muslims established permanent rule in the whole area. Although Mughal king “Akbar” made friendly terms with local people and rulers, there were still certain events of the uprising, battles, and treachery.

During the late 18th century, British and European people started making their way in the subcontinent and made certain military bases under the cover of trade and business. Swiftly they (British) overthrower the Mughal empire and gained control of the whole subcontinent.

People of Rajasthan are independent, tough and freedom loving people. They pose good history of resistance, self-dependence and giving tough time to foreign invaders. The state is famous for its deserts, ancient remains (of Indus Valley Civilization), Havelis, temples and beautiful towns.

The geographical features of the state are “The Thar Desert” which also forms some part of Pakistan, hills, and rivers. It also includes mountainous range know as “Aravalli Range” which includes lush green forests, rivers scenic hills and wildlife.

The economy of Rajasthan is not developed on industrial and modern grounds. Agriculture and livestock are the main sectors that made up the economy of the Rajasthan. Most common crops include wheat, barley, sugarcane, oilseeds, wool, and opium.

As the land of the state is mostly desert and a shortage of water was the main problem, Government of India has made many large and small canals that help the farmers with their cultivation. Crude oil, marble, and minerals stones also help the economy to some extent. The state is also one of the largest producers of milk in India.

Rajasthan has the imaginative and cultural way of living and ancient culture and living can be seen in the way of their living. People have their own and unique way of life, traditions, celebrations, dances, festivals, etc.

This is the reason the state has gained international fame and saw the number of tourists annually. Folk music is also an essential part of the state’s culture. Famous festivals include Deepawali, Holi, Teej, etc. There and hundreds of forts and palaces all over the state which reflect the history and architect of the state.

In terms of religion, Hinduism is the dominating religion of the state accounting for 87% of the total population, followed by Muslims 10% and Sikhism 1.27%. Hindi is the official and common language of the state. Minority languages include Urdu, Punjabi, and Bhili. 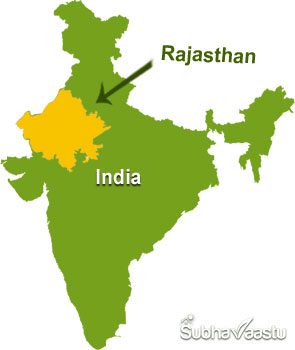 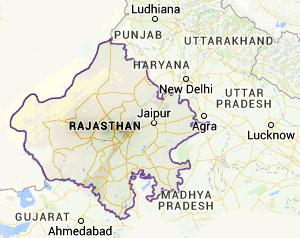 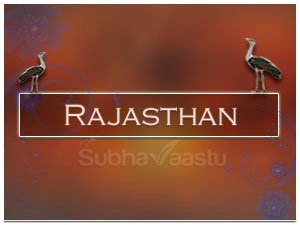