Our Vastu Website consisting of many research work on vastu shastra, we are daily we are updating our Vastu Tips pages and other links too.

We are available at this link Contact SubhaVaastu. Contact us at any time. We will respond to you within a very short time.

Once the resident plan to buy a home, then he/she has to take the property as per their requirement, facility, near to their kid's school, no doubt this would the good idea, on the same way follow vastu shastra principles, then can able to find peace and development in the home.

Millions sought this ancient vastu shastra tips and benefited of an uncertain number of residents. You may also read vastu shastra reviews on our website. We came across many countries and given solutions to different business firms. We are ready to provide vastu consultancy services in Thailand.

Not only Indians in Thailand, many Thailand origin inhabitants also had much interest to ought vastu expert services.

Some thought that following vastu shastra principles is not an easy task and avoiding the processes. This is a wrong belief. Following vastu tips is a pretty simple process. Any vastu specialist can help residents, how to apply vastu for the properties. Let's discuss below:

Buying the East facing home and having good open space in East direction brings luck, good education, name and fame, kids development, improving knowledge, things go smooth, having a standard like etc. Please note that the main door for this home should be only towards East or Northeast only, if the main door is towards Southeast then things may be unfavorable.

Buying the North Facing House Vastu and it has good adequate open land in the front yard, then it multiplies the earning opportunities, business improvement, having a good family life, good health, enhancing wealth etc.

Buying the West facing house having more open space at the front yard, then enemies power increased, loss of health, loss of business, loss of fame, loss of opportunities, loss of job etc.

Buying the South facing house and it has a lot of open space at the front yard, then it affects on the residents with multiple health issues, financial obstacles, debts, mental tortures etc.

Vastu is simple, the only hard thing is selecting a good vastu pandit. After this consultancy assignment, all things will be more smooth.

While constructing the home, apply this vastu shastra tips, then can able to see peace in the home, for example, if a resident start constructing an East facing home. He planned to place the main entrance door towards Southeast of the East direction. Basically, this makes troubles, here the vastu tip is just moving this Southeast-east door towards Northeast-east or East. See, how simple by applying this Vaastu shastra.

Thailand, authentically the “Kingdom of Thailand” is a sovereign state located in Southeast Asia, on the locality of the Indochinese peninsula.

Human activity in modern-day Thailand dates back to approx. 25,000 years ago. Also, some of the earliest copper and bronze tools were found in the region. The people of that time were believed to be migrated from the Southern Chinese regions.

Evidence of rice cultivation was also found in the region dating back to approx. 2500 BC. “Kingdom of Funan” is believed to be one of the earliest kingdoms in the region. Later, as the time passed, many other kingdoms and tribes thrived in the region. Portuguese were the first people to come in contact with the Thai people followed by France, Brittan and the Dutch.

After the World War 2, ended the influence of foreign empires gradually decreased and Thailand was free to self-rule.

Elephant, which a Thai national symbol was in thousands of numbers, but due to the massive amount of illegal hunting and poaching the figures are radically decreasing. Also, animals other than elephants are near extinct and need serious protection and care. Forests are also being cleared on large-scale which will affect the temperature increase.

Although the government has taken many steps to control the situation, further policies are still needed to be implied.

The economic sector of Thailand is highly diversified and has one of the fastest growing economies in the world. Also, the country is newly industrialized and has an export-oriented economy. Agriculture employs more than half of the county’s workforce and some important products include rice, rubber, corn, soybeans, sugar, and coconuts. Industrial outputs include textiles, chemicals, automobiles, manufacturing, IT components, beverages, food processing and tobacco.

There are over 60 languages spoken in the country while Thai is the official language of the country. Buddhism is the largest religion in the country and account for approx. 94% of the total population. (2015 census). Minority religions include Islam, Hinduism, and other religions. 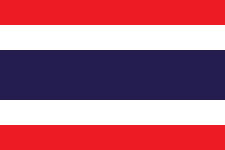 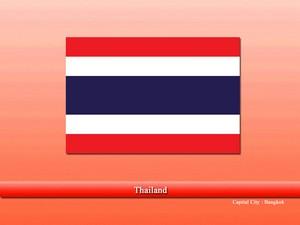