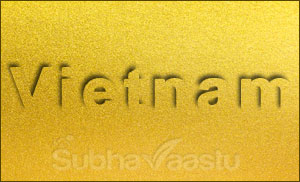 We found some disturbances in Vietnam. Part of the country faced war with USA and later it took a lot of time to make financially sound. When a country faced any war, it took almost one decade to set right back.

Having seeing World War one and World war two, many countries planned to start one international organization to save the world and it was named as "United Nations Organization". Later on, everyone know what happened.

We should know one thing, if there is peace in a region, there, we can see the rapid growth and development. When there is no peace, we cannot find development there. One may look at many countries, nowadays regarding internal wars, political unrest, finally citizens were suffered.

Here vastu shastra perfectly works. When we apply Vastu principles then there is a huge chance to have peace in that land. When there is a peace, then there should be development, this is natural.

We are ready to provide free online Vastu services to all the residents of Vietnam country. Use this promo code "Beautiful Vietnam", this promo code works from 1st May 2018 to 31st may 2018.

In this period any resident from Vietnam can take our free only Vaastu services. When any resident requires Vastu Services, thehavehey has to provide this promo code. We never ask any questions within this above period, we just provide them our best services.

Pass this information to your friends. Thank you.

Further, we are ready to provide onsight free services to Vietnam Government. Let share this information to Government of Vietnam.

We are continuously updating our website with latest Vastu Tips. One may enjoy this free Vastu Expert advises, after observing our website information, many Vastu Gurus also praised us and they are also informing our website to many of their friends.

Some were published on our website information in their blogs too. Thank you dear all Vastu Gurus.

Vietnam, precisely the “Socialist Republic of Vietnam” is an independent country located in the Southeast Asian on the locality of Indochina Peninsula.

Most of us today may not know well about the country but one thing every time we hear “Vietnam” comes in our mind, the infamous “Vietnam War”. Furthermore, the country is known for its rich and beautiful landscapes, paddy fields, colonial marks, War Museums, mausoleums, beautiful beaches, and busy cities.

The country borders Cambodia towards the Southwest, China towards the North and Laos towards the Northwest. Due to the communist government, foreign relations with other countries were bitter and economic was slow, but new policies were introduced by the government at the end of 20th century and today Vietnam has developed the country with one of the fastest growing economies in the world.

From the start of the human existence until the European involvement, Vietnam remained isolated from foreign involvements and was governed by local kingdoms and government. Human existence dates back to approx. 50,000 years ago.

Later as the time passed, many kingdoms such as Hung Dynasty, Ho Dynasty, Le Dynasty, etc. ruled the region in their respective periods. Also, for a long period of time, the region remained under the influence or reign of China.

By the start of the 19th century, Europeans powers including French, British and Dutch were present in the region and were pushing to claim or conquer the region.

By the mid-19th century, French started the occupation of Vietnam and till the end of the century, Vietnam was fully occupied by France.

France introduced Christianity in the region plus plantation of Sugar, Coffee, Tobacco, etc, for their own purposes. Resistance by some local groups was active in the region and they were eventually calling for independence.

Things didn’t go as the French planned and in 1939, World War 2 broke out, the Japanese attacked and invaded Vietnam. Also, Japan was at war with the US and needed resources desperately. This led Japan to utilize as many resources of Vietnam as they can be resulting Vietnamese Famine of 1945, causing 2 million deaths.

Although, Japan was defeated in the War and the French reclaimed Vietnam after the War, but it was too late as the struggle was active in the country on a large-scale aided by resistance and guerrilla groups. Soon the French were defeated and were forced to leave.

After the departure of French, Vietnam was divided into two administrative zones, North and the South and was to be unified after the planned elections but due to political differences, i.e. North opted Communism and South choose democracy, this led to internal conflicts between them and soon, the US involved and the landed thousands of troops in the South to support them. This was the beginning point of the Vietnam War.

The war lasted for a brief period of time, resulting in humiliating US defeat, millions of lives lost, unfractured destroyed and village burning. In March 1973, the US withdrew its troops from South Vietnam and Vietnam was reunified.

The geographic and topographic features of Vietnam are diverse and features lowlands, mountains, plains, beaches, deltas, rivers and dense forests.

The deep and dense forests were also home to the Vietnamese Guerillas during the Vietnam War as they were a safe and good place for cover. Biodiversity of the country is also well-preserved.

There are numerous natural parks and reserves that protect wildlife and the environment. Flora and fauna are also rich as there are a countless animal, plant and bird species. Phong Nha-Ke Bang National Park and Ha Long Bay are the two World Heritage sites of Vietnam.

From the very start, the economy of Vietnam was dependent on agriculture, especially rice. But after the new reforms introduced by the government, the economic sectors were revolutionized and today many sectors take part in making the total output.

In terms of agriculture, rice and coffee (world’s second largest exporter) are the two main export item of Vietnam aided by the fishery. The fishery is done on large scale due to long sea line aided by several rivers, lakes, ponds, etc.

In terms of religions, Vietnamese folk religion makes largest portion of the total population (approx. 73.2% 2014 census). Other religions include Buddhism, Catholicism, Protestantism, etc. Catholicism was introduced in the region by the French colonists but was failed to do so on a large scale as they planned. 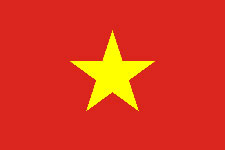 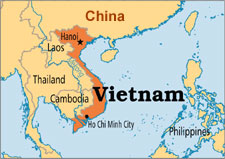 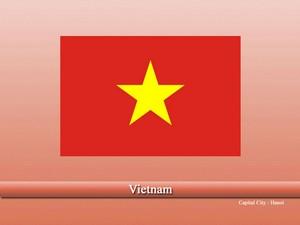