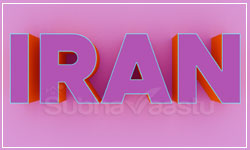 We like to provide some sort of Vastu Shastra information here. Hope, this tiny info may be useful for your vastu knowledge.

Don't buy a Plots or house when there are Apartments at North and East.

Keep pending of buying plot having the slope from Northeast (Eshan) to Southwest (Nairuthi) corner.

More open space at South side than North side plot - don't buy.

Major open space at West side than east side plot - don't go to buy this.

Increased open place towards Southwest sites - need not buy them.

The country covers a huge stretch of land and is the largest country in the Middle East and 17th largest in the world. In terms of population, Iran is the 18th most populous country in the World. Furthermore, Iran is famous for its ancient sites, most notably the remains of the Persian Empire and a number of other historical sites.

The country has one of the largest reserves of Natural gas and Oil in the world plus a number of other unique minerals but due to Iran’s nuclear program, Iran has faced strict sanctions from the United States and its the economy is in desperate condition since.

The country is a founding member of the United Nations (UN), Non-Aligned Movement and Organization of Islamic Cooperation.

The area of modern Iran is where one of the oldest people and civilizations flourished. The ancient history is predicted to be millions of years ago by archaeologists and carbon dating. There is a number of ancient remains excavated in different parts of the country and support the fact that people lived here since 10th millennium BC.

By the 7th century AD, Iran fell towards the invading Muslim armies coming from the Arab region and gradually all the local population accepted Islam as their faith. Iran contributed much towards the Islamic arts, culture, poetry, literature, and Science most notably during the “Islamic Golden Age”.

But Iran had also had similar like that of Iraq and much of its population was massacred by the invading Mongols. After the Mongol influence decreased, “Safavid Dynasty” rose to power in the region and remained for the next 2-3 centuries. This was also one of the most powerful and great empires having large areas under its crown.

Later by the 18th century, the famous “Nader Shah” rose to power and inherited the throne of Iran. At this time, Iran was under constant attacks by the Ottomans and the Russians. He unified Iran, and his kingdom was also one of the most powerful in his time and in the history of Iran.

In 1953, a coup occurred in Iran with the support of the USA and the United Kingdom to replace the democratically elected Prime Minister and establish monarch rule which was in their favor. Initially, successful the installed ruler “Mohammad Reza Pehlevi” tried its best to covert Iran to secular state but soon nation-wide protests started against the ruler and were soon replaced by the democratic Islamic government.

The years 1980-1989 were the bloodiest in the history of Iran as it was engaged in a war with Iraq which resulted in the destruction of infrastructure, oil drilling equipment and loss of millions of lives. The geography of Iran is mostly covered by rugged and snowy mountains, hill, forests and some plains in the Eastern part.

It is also one of the most beautiful countries in Asia with a number of landscapes, heart-touching sceneries, and lush green valleys. Forests cover only 7% of the total area. Also, the country has rich and diverse wildlife and a number of species are found all over the country and some of them include bears, the Eurasian lynx, foxes, gazelles, gray wolves, jackals, panthers, and wild pigs. Sadly, Iran was once home to the extinct Caspian Tiger and the Asiatic Lions but today they can’t be found anywhere in the world.

The economy of Iran is mixed and diversified and large portion of it is dependent on Oil, Gas and Petroleum products.

Other major sectors include Agriculture, Services, manufacturing, and Industries. Agriculture is very less in the country as only 11% of the total land is arable due to mountainous terrain.

Also, Iran is the largest producer of pistachio, saffron, honey, and berries in the world. Industrial products include automobile manufacturing, defense equipment, steel products, electric appliances, etc. the oil production was also damaged significantly as most of Iran’s petrochemical plants were destroyed by Iraq in the Iran-Iraq War.

Moreover, the worst time came when Iran started its Nuclear program and US imposed tight sanctions on Iran. This led Iran isolated worldwide and its economy is bounded. If the sanctions are lifted, Iran due to its position, and development can be one of the world’s leading economy and market. Iran is a multi-ethnic and multi-lingual country. Persian is the official and most widely spoken a language all over the country.

Although exact figures are not available that which language is spoken by how much amount of people, some of the other languages include Azerbaijani Turkish, Kurdish, Mazandarani, Gilaki, Lurish, Turkmen, Balochi, Arabic, Armenian, Georgian, Neo-Aramaic, and Circassian.

There are numerous Muslim architect marvels, shrines and Unique mosques all over Iran that not only glorify Islam but are also a place of interest for tourists. Minority religions in Iran include Christians, Jews, Bahais, Mandaeans, Yezidis, Yarsanis, and Zoroastrians. A large number of Jews also left the country after the creation of Israel and the Islamic revolution of 1979.