In Czech Republic there is Communist Government is running, at this point of juncture, we cannot implement any of the sciences here. This vastu shastra derived from India and helps a lot of residents who lives in overseas. We respect Czech Republic Government rules and we never ask anybody here to follow vastu forcibly. If any resident likes to follow Vaastu shastra principles, our site provides more good information.

Check this House vastu link for more info on house.

This Factory Vastu link helps people to know more about nformation on factory.

Although the country has a brief history of successive communist government, the modern Czech Republic has stabilized the democratic government and is one of the least religious countries in the world.

The country is a member of European Union (EU), NATO, OECD, United Nations and the Council of Europe.

According to historians and archeologists, the country had settlements since Paleolithic age. The first known people to settle in the area were “Celtic” that migrated to the region in the 3rd century BC followed by the “Boii”. The first state of Czech was found in 9th century known as “Dutchy of Bohemia” under the leadership of the Great Moravian Empire.

Later after the fall of the Moravian empire, Dutchy of Bohemia became “Kingdom of Bohemia” and reached heights in the 14th century in terms of area and power. During the 15th century, the kingdom faced several embargoes as it defended itself from the incoming crusades.

The country was occupied by Germany in "World War 2" and remained under the German influence until it was liberated by USSR. After the war ended the country’s communist party won the elections and came under the leadership of one-party rule under the Soviet influence.

This period was marked by several uprising and revolts against the communist government, most notably the “Prague Spring”, after which the Soviet Union invaded the country and remained under its occupation till the fall of Soviet Union.

On 1st January 1993, Czechoslovakia was dissolved and to separate nation emerged as “the Czech Republic” and “Slovakia”.

The Czech Republic is one of the most beautiful countries in Europe having varied and diverse geography, terrain and topography. The features include caves, mountains, meadows, forests, and lakes.

This is the reason a number of tourists visit the country annually and some of their favorite activities are skiing, hiking, and boating.

The architect and designs of the Czech towns, Streets, and Cathedrals are also Unique and a point of interest of the visitors. Capital city Prague is one of the most frequently visited destinations in Europe.

The Czech economy is one of the fastest growing economies in Europe. The main economic sectors are industries, Services, and agriculture. Czech is one of the countries that is leading in the Technological sector and has contributed many scientific marvels to the world.

The industrial sector includes steel-production, auto-manufacturing, chemicals, etc. while the main agricultural products are hops, cereals, and vegetable oils. The country has also a great benefit of being a member of the European Union.

The most famous anti-virus software’s “Avast” and “AVG” were developed in Czech. A significant amount of income is also generated by the tourism sector as it is visited by millions of tourists and is one of the favorite destinations of Europe.

The Czech language is the official declared the language of the country. Also, there is a number of other minority languages spoken. One of the interesting fact about the country is it is one of the least religious country in the world having non-religious people around 75%-79%. Only 10.5% of the total population follow Roman Catholicism. 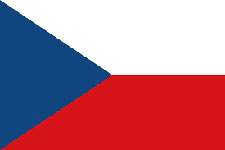 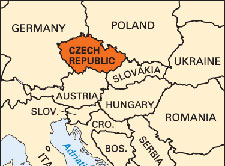