Lakshadweep, very less populated islands in India. Very few residents are interested to take Vastu Consultant services in Lakshadweep. Maybe religion barrier, but somebody likes to take online vastu consultation. Few residents never compromise on their life. They are looking for the best vastu consultant services. They never compromise in their life.

Some Vastu Pandits tried to settle in Kavaratti, but they back to their place. We heard about one vastu consultant in Mumbai stays in Kavaratti for few days, later he went back to Mumbai, it seems that he does not have his expected vastu consultations in Lakshadweep. Some people wrongly investing amount for vastu office setup in Kavaratti. Finally, they waste their money. Everybody should know that vastu is not a business to set up an office and doing businesses in unknown places. Consultancy means residents have to approach the Vaastu experts. This is the right procedure.

The population is very less. People may not have interest in vastu shastra. Particularly most of the residents belong to one religion, this may also be a cause that residents may not interested to follow Vastu Tips. But for our surprise, some residents who live in other countries belong to Lakshadweep, are continuously in contact with us for their Vastu services.

We should not force people to follow Vasthu. Residents should come forward to follow Vaasthu principles. Particularly this vastu science is followed by one major religion in India. This may also be a reason, some other religion people may not have interest in following Vaasthu, we cannot blame anybody. People have complete discretion to decide what is best for their development.

We have huge clients belongs to other religions, you may also check vastu reviews page.

We thought these links may be helpful for understanding the purpose of different directions. Coming with Northeast direction houses, one may use to check the content in this Northeast facing house vastu link.

NW facing home is not West facing or North facing, it is NW facing only. Generally, these will be in between 315°. So before buying selecting Northwest Facing House Vastu need to select a vastu specialist. He will guide you further.

Lakshadweep is an Indian Union Territory comprising of Group of Islands. The archipelago is located in southwestern India and is about 200 to 240 km from the coast of India. The islands are governed by Union Government of India and are one of the smallest Union territories of India covering the only area of 32 km2. While the lagoon and the islands combinedly form a total area of 4,200 km2. The majority of the local population is Muslim of Sunni sect. Most of the inhabitants are dependent on fishery and coconut cultivation.

The precise history of the islands cannot be correctly described. There are many views and estimations about the history and background of the island and its inhabitants. The area was under the consideration of sailor’s travelers and traders. Famous traveler “Ibn-a-Battuta” also described these islands. Archeological evidence dug from the area show that the area was Home to people as early as 1500 BC. Islam reached the area in the 7th century by Muslim scholars and missionaries. During the Medieval period, the islands were under the reign of local empires like Chola dynasty and the kingdom of Cannanore. First foreign occupation of Islands came from Portuguese in 1498. Later it was also claimed by Muslim king “Tipu Sultan” of Mysore. After his death, the area fell to British hands till 1947 when the islands were annexed by India.

Lakshadweep’s geography comprises of five submerged banks, three reefs and twelve atolls. Out of approximate, 39 islands, only 10 are inhabited. The most common islands of the archipelago are Amini, Minicoy, Agatti, and Kavaratti. To maintain its active presence and to have a permanent eye on international trading routes India Navy also maintains an active Naval base on the islands. Also, the island is rich in flora and fauna. It has over 600 species of marine life including 101 species of birds, 12 species of bivalves, 48 species of gastropods, 2 species of lobsters, 52 species of crabs, 82 species of seaweed and 78 species of corals.

The natives of the island are dependent on two main industries, fishery, and tourism. Due to the extensive availability of sea, oceans, and lagoons, it is a good opportunity for locals to earn by fishing. As mentioned earlier, a number of species are found around the islands and provide a good opportunity for export. Also, due to beautiful beaches, warm temperature, and tropical enjoyment, a number of tourists attracted to and visiting Lakshadweep. The main interest of tourists are beaches, lagoons, coral reefs, and sporting. Most common water sports include scuba diving, windsurfing, water-skiing, and sportfishing.

The most dominating religion of Lakshadweep is Islam accounting for 96.57% of the total population. The Islam reached the area by Muslim scholar known as Sheik Ubaidullah. Muslim festivals like Eid-ul-Fitr, Eid-ul-Azha is common in the area. Minority religions include Hinduism 2.77%, Christianity 0.48%, Sikhism, Buddhism, and Jainism. 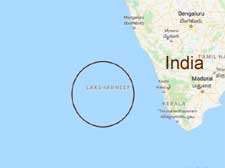 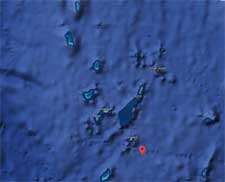 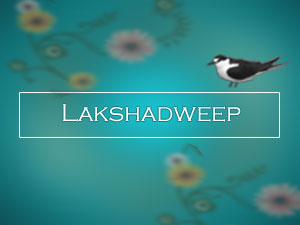