Not only New Jersey and New York, this state Maryland also had an unbearable cold and ice fall in winter. This is a small state but its beautiful.

When residents are trying to buy a home in Maryland, they should first check about Basement position in the home. Where exactly the basement has come and how much space it is occupied and the stairs where started from etc.

If the long roof is slanting towards the East direction then it's good.

If the long roof slanted towards West direction, then don't buy such homes.

South long roof slanting is not good to buy.

The tree exactly before the main door is not good idea. But this could be very common in USA, so no need to worry on this point.

We published a lot of vastu tips in our website. You may browse them at bottom of this page.

The most important point is, it's best to take one vastu consultant advice before buying the home or plot or site. The vastu expert can guide you the right plot or house.

This decision may finally make the resident more enervated with the future negative happenings. Vastu pandit payment does not come to even one percent of the home cost. Then why should worry about their service charges, though they are securing inhabitants future.

NRI's moved to USA, not to enjoy their life, they require to work and earn and invest money on the home in USA and new property purchases in India. This is the actual motive of everybody. Some NRI's wish is to settle in USA and participate in many cultural programs and trying to make the society so friendly and safe. It's the reason the local Americans likes Indians and they liked to make friendship with Indians.

This is the case, when residents wish to buy a home, or a plot to construct house then they should first approach one experienced vastu consultant and finalize the plot, this makes many benefits in future. Don't approach any impostor in this field.

Once site selection is completed, then discuss the house floor plan. Here the genuine vastu expert will definitely help. Please note that your co-operation is most important on his questions. He may ask some personal questions, they belong to the profession only. The genuine vastu pandit never reveals such information anywhere. No need to worry, they are ready to die, but never disclose their client's information.

Maintaining privacy is too important in this vastu shastra field. This is the duty of honest vastu pandit. It's the reason choose only the competent vastu advisor. He will safeguard his clients information.

Inform the entire information belongs to that site and house and construction system, then he can greatly assist.

Don't buy the homes which are near to the East mounds.

Reject the home buying which are near to the North hillocks.

Buy homes which are towards West knolls

Try to buy the homes which are near to the South hills.

the best out of all the above is, a house near to the Southwest mountains.

The worst above all is buying the home near to the Northeast rock heaps.

Likewise water bodies. This is also one of the most important factors in vastu shastra. One should not neglect on this water bodies.

Generally, human being nature is, bad will spread immediately, but never to share any good things, because of the internal system which was developed from childhood. Normally, if a resident bought a wrong vastu property, then they will ready to do corrections after getting bad results. They can able to spent huge payments for those corrections too. If they got especially of an unwelcome influence or physical effect, then never count money which spent for improvement. On the same way, they never come forward to spend not even a small amount, if any honest person guiding them.

We heard about one incidence which occurred almost in the year 2006. One famous vastu consultant visited USA in the year 2006. He suggested his customers with some vastu guidance where the properties located at Atlanta. On this way, somebody contacted him and ask him to visit their property which is in Sacramento, California. Later, this vastu specialist went to California and given corrections, in this transaction, he was not settled down the payment charges prior to leaving to California. After all the consultancy, they gave him one cover with money. Can anybody imagine how much it was. It's 10 USD.

Maryland is a US state located in the Mid-Atlantic regions of the country. The state has the honor of being one of the original thirteen colonies that revolted against the British colonialism.

Today, the state is known for its countless waterways, Baltimore, museums, seaports, history, arts, and culture. Having population of over 6 million, Maryland is ranked as 19th most populous US state.

Humans have been living in the region of Maryland since the end of the ice age. Many of their remains e.g. pottery, tools, etc. were discovered. Also, these people were hunter-gatherers and were dependent on hunting deer and other small animals.

Agriculture was also done by the later tribes. French were the first Europeans to discover the region followed by the British. The British colonized the region and established settlements and plantations.

The British ruled the region for a brief period of time until they were forced out as the result of American Revolution. The state was one of the original thirteen colonies that revolted against the British Barbarism.

After the war ended and the region got freed, slavery in the region was also eliminated and all the slaves were freed. During the “American Civil War” period, Maryland aligned with the Union and almost 115,000 of its people enlisted for the army.

The state is leading in the biotechnological sector and over 400 biotechnology companies are located in the state. The “Baltimore Port” is one of the oldest ports in America and today is a huge source of income and transportation.

According to 2014 census, Protestant is the largest region of the state accounting for 52%, followed by Catholics that account for 15% of the total population.

Non-religious people account for 23% of the total population, while minority religions include Jews, Muslims, Hindus, Buddhists, Mormons and Orthodox Christians. Today, the largest ancestor groups of the state are German, Irish, English, American, Italian, and Polish. 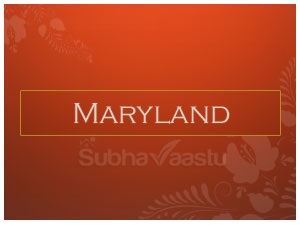