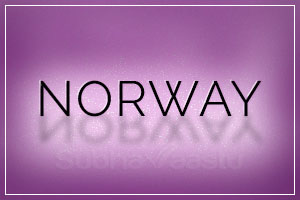 Norway one of the most beautiful country on our earth. Rest of the world countries people do not know about the real beauty of Norway. Residents of Norway are calm going, honest, reliable, generous. Our final word on Norwegians is, they are dazzling and extremely impressive people on the earth. They always strive to help others.

They are great supporters. They have faith in humanity. Finally, they are unbelievably best. Thanks to the land of Norway. A great place in this world.

Is it important to follow vastu shastra principles in Norway?

Vastu integrates nature principles into our residing properties. Always nature speaks happiness, protection, securing. It is not a mistake by following nature principles (The principles of vastu). This ancient Indian architecture has some extensive privilege levels to make residents happy to live in their respective homes. Everyone looking for happiness and peace in their life. If we follow vastu shastra then it will gratis to fulfill required deeds. Simple.

If we did not follow vastu rules in Norway, is there any harm to us?

Certainely NO harm. If residents never follow vastu techniques for their constructions, they never get any negative results. Check this "Good" - "Better" - "Best". Normally, which one we select in this 3, most of us select only the "BEST", life with vastu is always "The Best". We all looking for betterment in our life. Once we follow a few techniques, rest, vastu takes charge for our betterment. If the house built as per vastu, nothing harmful to the residents. Otherwise, they "may" face challenges.

We are super rich in Norway, is vastu assists to earn furthermore procuring wealth?

The first priority of vastu is always peace. There is no greater richer than those who have perfect PEACE. No matter how much money you have in the absence of peace, it does not have a good meaning. From centuries back humans always looking for eternal peace. In spite of peace, the perfect vastu setting always brings enough wealth to the residents.

For someone this link may help, (vastu tips for wealth and happiness) and this link also helps to understand how to get more money by vastu.

Our properties are super big here in Norway, how can we implement Indian architecture vastu?

Dharma Is Protected in Norway - A Small Experience

This is the right place to say about one client in Norway. His name is "Gaute Tord", once he came to us for vastu consultancy services in Norway, he is from Oslo.

He is planning to open one office in "Bergen", he found one property. He has some companionship with some Indians in Norway and heard about Indian vastu shastra. He came to us for Vastu opinion for the office as well.

While he is planning to get our vastu consultancy services, by the time, he got information that the property which he wishes to open one office will take almost 7 months to vacate by the current tenant.

Actually, Mr. Gaute ready to pay our fee by 6 p.m IST. He got the news at about 5 p.m IST. He opened everything before us, he never hide anything from us and shown the proof.

We said all the best for his future endeavors. Actually, we did not do any consultancy for him.

Believe it or not, Mr. Gaute sent money at about 7 p.m. We stunned by knowing this and asked him, what services he wish to get our consultancy for that payment.

He said, "Mr. Suresh, you have given me your time, I should not make you disappoint, I am so sorry for this change in my schedule, my sincere apologies and kindly accept this payment". This is the greatness of Norway Land.

When we come across with broadminded people and many rich people, they always like to protect Dharma and religion of charity. Its the reason the supreme power showered them with some more opulence wealth.

About Something On Vastu Force

Coming to Indian vastu shastra, this is a science of Power fields. The entire universe is governed by unseen forces. The superpower filled the entire atmosphere, that it is not visible for our barren eyes. Just like air. Air is also not visible but everybody should accept that air is filled in our entire surroundings.

Entire activities in the world are driven by this powerful energy. Human beings including all animals live and move only because of this great hidden power. This energy is the base of various creations.

There are many ways to make corrections to factories, hotels, home, like kitchen, master bedroom, Dining room, Living room, bedroom, Frontyard, Car garage, Backyard, Portico and many more according to ancient vastu shastra.

We recommend residents, to approach only the Best Vastu Specialist in India who has awesome knowledge on properties in Norway, once residents approached an expert vastu consultant then most of the critical problems resolved with minor modifications to the existing premises for better vastu results.

Expert vastu consultants always craving for fame, not for the money. They are very serious about their client's development, well being.

Norway, officially the Kingdom of Norway is a beautiful Country located in the Scandinavian Peninsula (Northern Europe).

Norway is officially bilingual in Norwegian and Sami. The Kingdom of Norway became an Independent Monarchy in 1905 before it was ruled by Sweden. Norway was invaded by Germany in WW2 (World War 2) for about two months from April to June 1940.

Norway is a constitutional monarchy. The Head of the Government is Prime Minister, while King's council enjoys executive powers. Norwegian people are one of the world's most educated people. The literacy rate here is 100%.

It has an important geographical position. It shares its border with Sweden in East, Norwegian Sea (North Atlantic Ocean in West), Skagerrak in the south, and the Barents Sea in the north. It has the world's longest coastline. The longest river of Norway is the Glomma having length of near about 600 km (373 mi).

The natural beauty locations in Norway: The Lofoten islands, Tromsø, The Geirangerfjord, Kirkenes, and Eastern Finnmark and Oslo.

The percentage of the Urban population is 80% while rest of the 20% is ra ural one. Thanks to Vastu Consultant New Zealand for providing some information on Norway. 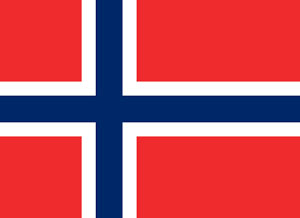 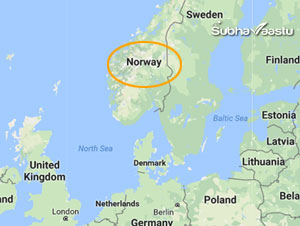 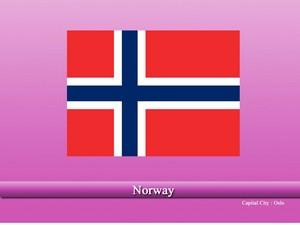