NRI's are less in number in Oklahoma. Due to many reasons, software companies were not developed as expected in Oklahoma state in USA.

Anyway, when trying to buy a home in Oklahoma state, take necessary precautions.

Without vastu consultant recommendation don't buy the house in Oklahoma. Particularly one should be careful before buying the street focus homes. Book knowledge, vastu videos, vastu websites may not help to get the auspicious street focus plot or house. It conditionally requires vastu experts opinion on that plot.

On the same way, when there is waterbody, then first check the plot or house with vastu specialist and thereafter decide further to buy or leave that property.

Cut in the plot in different directions needs to get recommendations from vastu pandit only. They can provide the appropriate suggestion.

Regarding slanting slopes, it requires attention to buy the home.

Oklahoma is a US state located in the South-central region of the country. In terms of area covered, the state is 20th largest state of the US while 28th most populous state. The state has is famous for its diverse landscapes, most notably the “Great Plains”, farmhouses, hills, rock formations, forests, wildlife, unique history, and museums.

The state became part of the Union in 1907 and became 47th US state. The economy of the state is dependent on natural resources, agriculture, telecommunication, biotechnology, etc.

Historians and researchers estimate that the humans arrived in the region as early since the last “ice age” and settled in different parts of the region.

At the time of the European arrival, Native tribes or people living in the state were Kichai, Caddo, Pawnee, and Wichita. Spanish were the first to arrive and explore the region followed by the French. The Spanish explorer arrived in the region 1541, but no claim came from their side. It was the start of the 18th century when the French finally claimed the region.

During the “Napoleonic War”, circumstances changed for the French and their region was sold to the United States in the famous “Louisiana Purchase”. Afterward, the US influence in the region started and all the decisions were now at the disposal of the US government.

Thousands of Native Americans were removed from their ancestral lands and were forced into reserves. 19 April 1995, was the worst day in the history of the state as its capital “Oklahoma City” was hit by massive bombings which killed at least 168 people.

Flora and fauna of the state are also rich having countless animal and plant species. Approx. 24% of the total area of Oklahoma is covered by forests. Some of the animal species include black bear, fox, lions, badgers, deer, coyotes, etc. Also, most of the environmental and ecological regions of the state are protected by the government in the form of National parks and State parks.

Economic sectors of the state are also diverse similar to the geography. Some of the main economic sectors include natural resources (oil, gas, and petroleum), the aviation industry, biotechnology, telecommunications, food processing, agriculture, and services. 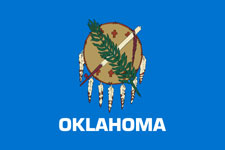 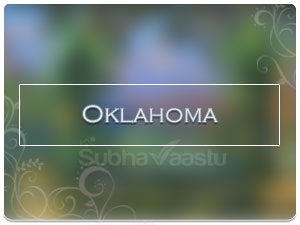