This state Kansas is also called as the Central state of USA. Because this state is almost exactly in the center of the United States of America.

Before buying the home or plot in Kansas state, first, check the surroundings effects on the said plot or house. This is the most important point in the buying process.

Many vastu consultants say that either rectangular or square plots are good for happy living. But in USA getting exact square or rectangular plots or houses may not be easily available.

Based on availability of the plots we have to choose the best out of worst. This proverb is exactly suitable for US properties.

Repeating again, for example, now the resident is buying a home with a price of four hundred thousand dollars, in such case, if he spent a few dollars in the name of vastu is not a painful issue. Don't see the vastu consultant fee separately. If one has seen it separately, then can get pain in paying for vastu consultancy services. The simple way is adding that vastu consultancy fee into the home price, then nothing pains will reach.

When at the time of vastu requirements contact only the genuine vastu experts, don't approach the impostor by seeing their cheap price. That attraction spoils the entire life.

Coming with street focus plots or road thrust homes, it needs renowned vastu consultant help to finalize the house. Don't take any decision after having some knowledge from websites, vastu videos, and vastu books etc. This may ruin the golden future. Vastu is not your subject, the best way is to approach one vastu pandit and obtain appropriate vastu suggestion.

When there is water body for a plot, check where is that water body, in which direction, how long it is, how depth is should be (approximate), how far it is from the plot, procure all the good information and then only decide to buy or search for other plots.

Waterbody towards West is not good.

Waterbody towards South is not giving auspicious results.

Southwest water body is not at all good. Leave this plot, don't buy it.

Waterbody towards North, Northeast, and East is considered to be good.

Kansas is a US state located in the Midwestern regions of the country. The state is known for its agricultural production, large plains, wheat fields, and museums. In terms of area, Kansas is 15th largest and 30th most populous US state.

Humans first arrived in the region in approx. 7,000BC. During that time, gigantic mammals like mammoths, camels, and horses were present in the region.

Those people hunted and relied on those animals. Hunting was done on such a large scale that those species soon got extinct. Agriculture started in the region around 3000 years ago.

Spanish explorer “Francisco Vazquez de Coronado”, was the first European to explore the region. He also interacted with many Native tribes. Later, Spain and France, both had claims on the region but there was no military presence nor any settlement came to form any of the sides.

After France got defeated in the “Seven Years War”, all the French regions in America were ceded by the United States in “Louisiana Purchase” which include modern-day Kansas.

Kansas afterward became a US territory. Countless conflicts occurred in the state such as conflicts with the Natives, removal of Natives and most notably the “American Civil War”. Kansas was finally granted statehood on 29 January 1861 and became 34th US state. Also, during the periods of World War 1 and World War 2, thousands of Kansas residents enlisted for the war or participated in the war efforts.

The geography and topography of the state feature countless features and advantages. Main features include the “Great Plains”, rivers, Rocky Mountains, fertile plains, and forests. Bordering states of Kansas include Colorado towards the West, Nebraska towards the North, Oklahoma towards the South, while Missouri lies towards its East. There are also several parks, trails and historic sites that are protected by the US National Park Service.

The economy of Kansas is diversified and main economic sectors include agriculture, services, industries, manufacturing, mining, and finance. Agriculture is done on large-scale and around 90% of the state’s land is being used for agriculture.

Main agricultural outputs include cattle, wheat, sorghum, soybeans, cotton, hogs, corn, and salt. In terms of industries, aerospace industries are leading in the state with some of the major aerospace giants Bombardier, Spirit AeroSystems, and Textron Aviation. Boeing ended its operations in the state in 2013. Petroleum products like oil and gas are also produced in a large amount in the state.

English is the primary language of the state followed by Spanish. In terms of religion, Protestant (a Christianity sect) is the largest religion of the state. Serval other sects of Christianity are also present. Other minority religions include Islam, Jews, Buddhists, and Hindus. 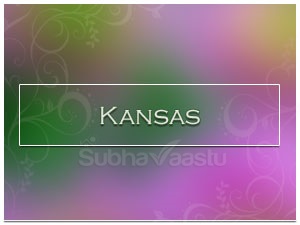