Tennessee is a beautiful state in USA. We have many clients in Nashville and Memphis locations. Residents of Tennessee are very calm and respectable. They like Indians, because of the punctilious procedures of Indians. Generally, Indians were law abiding citizens. They greatly respect local laws and strictly following the rules and regulations.

Vastu Shastra is a science, it's application should be sensible, rational, and feasible. We remember an instance; an astrologer has presented the horoscope of a mendicant.

After studying the horoscope the astrologer proclaimed there is a great future for the native and he becomes an emperor. For a beggar the small area where he dwells in his kingdom if he gets commands his whole street where no other beggar dares to come, this fellow can be called emperor. To proclaim him that he become an emperor in the literal sense borders on ridicule and stupidity.

What we are trying to say is every law should be interpreted with particular reference to the site where it is located. (In vastu Shastra we are referring the consequences of a site/house).

The circumstances and local surroundings in the United States or in Europe or even in China would have to be appropriately factored and not blindly interpret the Vastu principles. It is here that many Vastu scholars failed in their service rendering to overseas clients.

In the present day world, people look for rationality and logical explanation for every phenomenon. In such a situation Vastu Shastra would have to interpret the Vastu Shastra taking into account the local conditions and not blindly pronounce judgments.

It is unfortunate that otherwise good scholars lack wisdom and give solutions which defy logic and interpretations. Thus the people lose faith in the Vastu Shastra and they have done this service to the science.

Before buying a property one should be careful about many factors surroundings to the required plot or house.

The resident should not buy any home if it has mountains at East or North or Northeast directions.

If the required plot has mountain towards South, West or Southwest then it is counted as an auspicious plot.

Are you planning to buy a home in the cul de sac area, be aware, without vastu experts opinion, don't do buy it. When at the time of imperative moments, then only buy it, but mandatorily need to get vastu experts advice. Observe the land levels, is it oblique to any direction?

Aaron Naik,17, Joy Naik, 15, and Sharron Naik, 14 and another lady were died in fire accident on Sunday i.e., 23 rd December 2018 in Shelby County which is in Collierville Suburb. We are looking for your help to know their home address in finding the vastu defects. Please help us to make our society more safe for happy living. You are not losing anything to provide this information, further, this will be more beneficial for our entire society to have safe and peaceful living in homes.

Tennessee is a US state located in the Southeastern region of the country. Physically, the state is landlocked and is 36th largest US state in terms of area covered. The state is known for its music, streets, museums, and art.

The capital of the state is Memphis and bordering states include North Carolina towards the East, Kentucky, and Virginia towards the North, Arkansas, and Missouri towards the West, while Georgia, Alabama, and Mississippi lie toward its South.

The earliest known history of human inhabitation of the region dates back to 12,000 years. Paleo-Indian were the people that lived in that time. The history of the local tribe before the European arrival is not well known, but due to research and archeological evidence, some of the predictions can be made about those people.

The Spanish were the first to explore the region. At the time of their arrival, native tribes of Yuchi and Muscogee were present in the region, but their population radically declined due to the diseases carried by the Europeans and the natives have no immune to them at that time.

The massive activates and construction by the Europeans also led the natives to leave the region or was forced to do so. British were the first to establish permanent colonies in the region. The first British settlers were from the colonies in South Carolina and settled near the present day “Vonore”.

By the end of 18th century, the “American Revolution War”, in which the British got defeated and were forced to leave. Afterward, on 1st June 1796, Tennessee was admitted to the Union as 16th US state.

Between 1838 and 1839, approx. 17,000 native Americans were forced to leave their homes and sent to the reserves. During the process, hundreds of natives also died. During the “American Civil War”, Tennessee aligned with the Confederate States of America and contributed much towards the war effort. Also, several battles were fought in the regions of the state.

In 1942, the famous “Manhattan Project” was executed in the region which led to the enrichment of Uranium and later the creation of world first “atomic bomb”. The bombs made here were also dropped on the Japanese cities of Hiroshima and Nagasaki in closing periods of World War 2.

Tennessee is divided into three main physical regions; East Tennessee, Middle Tennessee and West Tennessee. Some of the main features of the state include Mountains (the Blue Ridge Mountains, Iron Mountains, Great Smoky Mountains), Plateaus, Lakes, and plains. There are also 45 state parks in the state.

Christianity is the largest religion of the state accounting for approx. 81% of the total population. Due to immigration, several other minority religions are present in the state e.g. Muslims, Jews, Mormons, Roman Catholics and other religion. 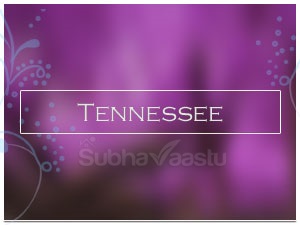