Maybe the reason is unconventional, but most of our NRI's are not having much interest to settle in South Carolina. SC is one of the good and ideal locations for visit seashores, but work-wise it may not be a sufficient route line provider.

Coming with Indian vastu shastra, this is an ancient and traditional science which works on every structure, which is convenient for human happy living.

There is an enormous possibility to find good homes by following simple vastu tips. Only the basic thing is that one should first contact best vastu consultant and get advise from them to buy the plot.

Selecting the good vastu plot is most important. The second important point is that observation of the house floor plan. Both were consequently suitable and co-ordinate then residents will get peace and development in that home.

We understand the concern, finding honest vastu expert in South Carolina is not an easy task. But residents can get online vastu consultation services and can able to find the good property.

If residents searching for a single floor home, then make sure that the kitchen should not be at Southwest direction, if the home is North facing or East facing.

If the home got large open backyard then the Southwest kitchen and Northeast master bedroom may not be that much disavowal.

Anyway, get recommendations from Vastu pandit before entering into the contract or finalizing the home.

When a resident finds a very big plot and needs to buy that plot, then don't plan home construction at Northeast corner. The best placement for house construction in that big plot is Southwest quadrant.

South Carolina is a US state located in the Southeastern part of the country. The state is known for its beautiful shorelines, civil war museums and remains, forts, museums, gardens and much more. The state only borders two other US states, North Carolina towards the North, while Georgia lies toward its South. The state is named after the Royal King “Charles I”. In terms of area, South Carolina is 40th largest and 23rd most populous US state. The state has a progressive economy and has been developed in all sectors.

It is predicted that the regions of the modern state of South Carolina are inhabited for 40,000 years ago. The earliest people arrived in the region were hunters and food gatherers. They also hunted gigantic mammals that are extinct today.

At the time of the European arrival in the region, Native American tribes of Yamasee, Cherokee, Yuchi, Catawba, Apalachee, etc. were present in the region. Upon their arrival, conflicts between the Europeans e.g. Spanish, etc. started which resulted in the deaths of thousands. Spanish were the first to explore the region and maintain permanent colonies.

Their main mission was to found gold and other precious minerals. Gradually, French and British interests in the region increased followed by their arrival. Finally, South Carolina became a permanent British colony and settlers of British origin started to settle in the region and started plantations. Soon, the state became one of the richest colonies.

By 1775, the American Revolution started and the state declared itself to be part of the newly created United States. Similarly, during the times of “American Civil War”, South Carolina aligned with Union and participated directly in War. This resulted in the loss of thousands of lives and infrastructure destroyed.

The geography of South Carolina features beautiful and green plains, coastal belts, lakes, mountains, forests, and swamps. Some of the regions are also protected by the government as National Parks or reservoirs.

Economic sectors of South Carolina include Industries, agriculture, services, and finance. Industries play a major role in having an output like aerospace, engineering, electronics, automobiles, recycling, and biotechnology. While agricultural products are rice, cotton, tobacco, corn, hay, swine, soybeans and poultry. Some of the largest US companies e.g. Boeing and BMW have their production facilities in the state.

Christianity is the largest single religion in the country which is further divided into several sects.

If you want to visit the state, it is recommended that you must visit and explore the historic city of “Charleston” which is famous for old streets, museums, parks and beautiful colored houses. It is also ranked as one of the best cites not only in the US but also worldwide. Furthermore, the beaches and the islands of the state are one of the most peaceful and unique in the US. 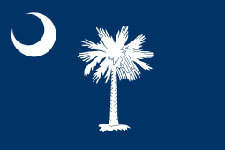 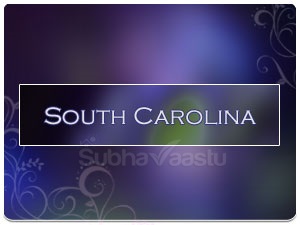