We have very good experiences with the residents of Canada, they are very very prompt and punctual, giving high respects.

Very polite talking. People never disappoint anybody. Dear mother Canada, thank you so much. It seems to be "Rama Rajyam" is running here. Heaven on the earth. A great land. Salute to leaders who made the land with most living standards.

When we got phone calls from Canada we feel very pleasant. Our heart fills with delight and Joy. Thank You NRI's settled in Canada.

Coming with vaastu sastra in Canada, this land is highly cold country. There is very less population in some provinces and territories like, Northern parts of British Columbia, Alberta, Saskatchewan, Manitoba, Quebec, especially Nunavut has very less populace and too unbearable bleak chill.

There is a lot of plot types in Canada. We may not get the exact rectangular or square plots in Ottawa or in Canada. Based on the availability of plots we need to select the appropriate right plot.

Vastu Shastra is an unbelievable science. There is some variation in working conditions in between India and Canada. The vastu consultant first has to check the location of the property. Without research, the vastu pandit should not say any suggestions on the vastu of the plot. Once the vastu shastri has got enormous knowledge on vastu in Canada then only he has to check the properties otherwise he should not recommend any vaastu sites to the residents.

We started this profession in the year 1992 and still doing this same vastu practice. We wrote many vastu shastra books. We rounded 10 countries for vastu consultation services. We have many clients in Canada. We got the Vaastu consultation from Canada only through previous clients references. Many thanks for all clients who supported us in this journey.

Canada is a cold country, so the negative vastu impact will be lesser than the effects in other hot regions. The best practice is to get vastu experts advice to finalize the safe plot and choose only the appropriate floor plan after getting the right recommendations from the expert.

When buying the home, need to check the basement entrance and usage hours. If residents using the basement very regularly, then observe where is the staircase leading to the basement. Also, need to observe the unexcavated area where it was constructed in the home.

The unexcavated structure should not be disturbed in the basement, if the unexcavated area came towards Northeast then resident need to check that home with one of the best expert vastu consultant, this is sensible.

How many people of us know this information, Punjabi is the 3rd official language of Ontario. Great. We request all Punjabis in Ontario, improve the quality of "INDIAN NAME" in Canada. We should not spoil our birth country name. Where ever you are, bring more good name to your birth country.

Brampton is also said to be mini Punjab. Most of the Punjabis settled in Surrey and Brampton. Ontario 3rd official language is Punjabi. We can observe some shop name plates written in Punjabi in Brampton and even in Surrey also.

Ontario is a central Canadian province and is home to Canadian capital Ottawa. The province is also home to one of the largest Canadian city “Toronto”. Ontario is the Canadas most populated and developed state and is ranked as 2nd in terms of covered area among all the ten Canadian provinces. The state named after the “Lake Ontario”.

Prior to the arrival of the Europeans, Native tribes of Cree Ojibwe, and Algonquin inhabited the region of what is now Ontario. These people were living in their respective regions and were dependent on hunting and farming.

After the arrival of Europeans, the population of these people drastically reduced due to the diseases carried by the Europeans. Sadly, the Natives had no immune or medicine to resist the diseases at that time. French explorer “Etienne Brule” was the first to explore and claim the region followed by the British explorer “Henry Hudson” who arrived on the Northern coastline of the Province via what is now “Hudson Bay”. Afterward, the region became a point of struggle between the powers The British and French.

Subsequently, the French were defeated in the “Seven Days War” and the regions of France were annexed by the British. Now the British were the sole ruler of the region. Following the American Revolution War, many British loyalists (approx. 5,000) migrated from the US and arrived in Ontario. Also, Ontario was attacked by the US troop in the “War of 1812” and the capital was destroyed including many buildings e.g. the Parliament were burnt.

Ontario is divided into two main distinct regions; Northern Ontario and Southern Ontario. The Northern part of Ontario is sparsely populated and features dense forest, while the Southern part features plains and most of its population is concentrated here.

The state is bordered by Quebec towards the East, Manitoba towards the West, while the Great Lake’s and the United States lies toward its South. The state also borders four of the Great Lakes. There was also dense forest throughout the state but most of the Southern part is now cleared for agriculture purposes.

Having advantages of the most populous Canadian province aided by the country’s two largest cities and commercial hubs i.e. Ottawa and Toronto, Ontario has of the largest and developed economy aided by several sectors. Services is the largest sector followed by manufacturing. Other sectors include agriculture, technology, and mining.

The technology sector is one of the largest having behind only the American “Silicon Valley”. The world-renowned “Blackberry” is a Canadian brand and is assembled in Ontario. The province is also leading producer of automobiles and some of the largest automobile giants e.g. Honda, Toyota, Ford, General Motors, have their assembling or manufacturing plants in the state. Natural resources are also abundant in the state.

This is the reason many other products including iron, steel, food, electrical appliances, machinery, chemicals, and paper are produced in the state.

According to 2011 census, Catholic is the largest religious group of the province, followed by Protestants, Muslims, Hindus, Jews, Sikhs, and Buddhists.

The English language is the primary and official language of the state, while due to heavy immigration, several other languages are also spoken including Arabic, Dutch, German, Greek, Gujarati, Hindi, Italian, Korean, Persian, Polish, Punjabi, Russian, Somali, Spanish, Tagalog, Tamil, and Urdu. 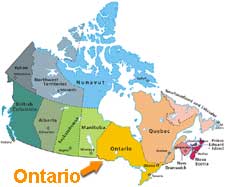 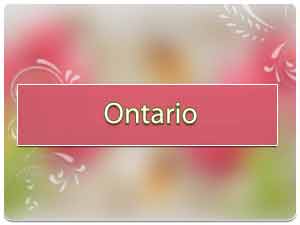