Visit these Vastu Shastra links, one can easily understand how this Science of Vastu applies to the Houses, Office and Factories. Read our Vastu Tips to understand this subject easily. Our Vastu Website is always updating the latest Vastu shastra information.

Do you like North facing then this link North Facing House Vastu has some content which may beneficial to the residents.

Many thought that this South direction home is not good, is it, then visit this link South facing house vastu, many doubts will cleared after reading the content in this link.

This link Northeast facing house vastu has some information which most of the residents thought about its an excellent to get development, is it?

Same link Southeast facing homes, this Northwest Facing House Vastu is also one in that appropriate negative wave length. But some homes are not that much danger and giving good results. Why?

Burkina Faso is a sovereign country and is Western part of Africa. The country is landlocked and was known as “Republic of Upper Volta” from 1958-1984”.

After the country’s independence repeated military coups and damaged the democratic system much. Also, the country’s population is growing at an alarming rate with the limited natural resources on the other hand. This is leading to unemployment and poor economic progress.

The area of modern Burkina Faso was roamed by Hunter-Gatherers group in ancient times around 15,000-4000 BC. The excavations and archaeological evidence unearthed show number of tools of those people.

The settlements in the area started around 3600-2600 BC. These people mostly dependent on farming and agricultural techniques. During the middle ages, the area was conquered by a number of empires from time to time like Tenkodogo, Yatenga, Zandoma, and Ouagadougou.

The area was exposed to European explorers and colonists by the end of 19th century. The area was claimed by Germany, British and French forces and a number of agreements were made between them regarding the area. Local people also gave active resistance to the colonial forces.

After the agreement between UK and the French, the area finally became a French colony. In 1958, the French gave the area the right to self-govern the country under the French Framework and soon afterward the country got its full independence in 1960 and became Republic of Upper Volta.

The country although got independence but failed to maintain democracy followed by a number of coups. This is the reason the economy is not yet established and the people are facing poverty and unemployment.

Also, the country has a relatively large number of elephants. Other common species include lions, hippopotamus, monkeys, and antelopes.

But the environment is not protected but the government and is leading towards extinction. Some of the major environmental issues are deforestation, soil degradation, and overgrazing. Also, overpopulation is one of the main cause behind all these. As the population is increasing the area of agriculture is decreasing.

The main exports of the country are gold and cotton. Some of the major problems in the way of economic progress are a shortage of water, lack of proper communications and low literacy rate. Industrial sector and services sector is also minor.

Also, the country’s population is growing and alarming rate and employment opportunities and natural resources are very less. The main export partners of the country are Benin, Turkey, Japan, Togo, Thailand, and Ghana.

The people of Burkina Faso belong to a number of ethical groups that are Living in the area for centuries. These people have their own way of living, moral and cultural values.

Over 70 languages are spoken all over the country. This makes Burkina Faso multilingual. The most widely spoken language of the country is “Mossi” and is spoken by almost 40% of the total population.French is the official language and is used for all official and educational purposes.

The most dominant religion of Burkina Faso is Islam and accounts for 60% of its population. Christianity is the second largest religion with approx. 23.2% population. There is also a number of indigenous religions in the country. 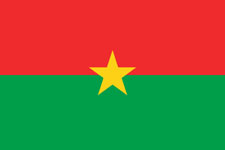 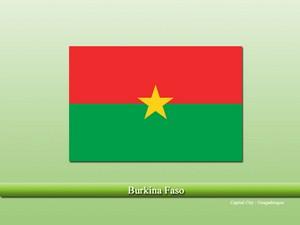 One vastu consultant in Delhi wish to visit Burkina Faso, to verify one NRI property who want to settle at Ouagadougou, after hearing the clashes, he visited only Kenya and return back to India. Another one Vastu consultant in Rajasthan also tried to open one office in others office as a portion here, but finally discontinued his thought.

If there is no peace, no one likes to visit, including tourists also. If there is no tourists, the country doesn't get good income and reputation also lost. Tourists should visit every country. This is beneficial to all local people and country too.

We heard that there is political unrest in this country. We love to spread peace here. We are ready to provide our Free Vastu Services to the Government of Burkina Faso. Following vastu shastra tips is not evil.

This is an encouraging system for the human's development. Once we followed vastu techniques, thereafter we can see many changes in Business and increases the financial status and Money flow will also be good.

Further, we like to provide our services to all the residents including NRI's. Use this promo code "Peace in Burkina Faso" in the subject line and get our online vastu consultation on free of cost. This code is active from 12th March 2018 to 31st March 2018. God Bless Burkina Faso.