Vastu in The Northwest Territories (TNT):

The Northwest Territories, the coldest place in Canada. Less population and residents do not have any knowledge of Vastu shastra. Only very few NRI's were working in TNT and some of them only knows about vastu shastra.

Can be found more water bodies in The Northwest Territories than other areas, so best to choose the home without having water body at Southwest direction.

South direction water body is not good. So don't buy such home.

West direction water body may disturb the life. Best to forget that site and search for another land.

The Northwest Territories is the federal territory of Canada and second largest in terms of covered area among the three territories of Canada. The territory is known for its distant landscapes, beautiful valleys, lakes, mountains, forests and National reserves.

The territory is also one of the sparsely populated and is protected from human activities and inhabitation. The territory is one of the best places in North America to visit and explore having countless features and breathtaking views. The territory has only one city known as “Yellowstone” which also serves as the capital.

Native tribes of “Inuit” and “First Peoples” have inhabited the regions of what is now Northwestern Territories for hundreds or thousands of years. An accurate history of their arrival or settlements is not well known.

The recorded history of the region is only available from the times of European arrival. Martin Frobisher was the first European (British) to arrive in the region. At the time of his arrival, Native tribes of Yellow-Knife, Chipewyan, Sekani, etc. were present in the region.

Later on, many other famous explorers visited or explored the region. Subsequently, the region was acquired by the Hudson’s Bay Company from the British crown for fur trading and other purposes. The region remained the property of the company until it was finally acquired by the Canadian government.

Some of the main geographic features of the state are isolated lands, lakes, forests, national parks, canyons, mountains, and rivers. The majority of the regions of the territory are isolated and are kept away from human destruction nor anyone can settle in the region due to harsh conditions and climate.

Aboriginal peoples account for almost 50% of the total territory’s population. Other main ethnics groups of the territory are Canadian, Irish, English, German and French. Around 46%-47% of the state’s people adhere themselves to Roman Catholics followed by Anglican Church of Canada and United Church of Canada. 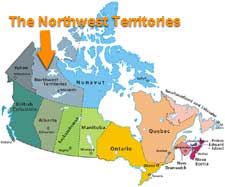 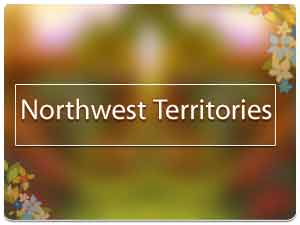